Continuing from a somewhat similar post (https://brightrockgames.userecho.com/topics/843-unclaimable-statue-hog-level-3/) - this one is for HoG Level 3, so I thought I should create a new topic on golden statues that seem to grey out over time.

I've been doing some testing, but I first noticed this issue in the scenario campaign "Arcane Prison". After turning the goodly heroes into golden statues for my sadistic pleasure, I noticed they started to grey out and behave exactly like Sir Roussimoff. It was quite puzzling, so I did some testing here and there. Finally I figured out something while in Kasita's home realm -

If you convert a lot of heroes into Golden Statues and throw them into a room (screenshot below), you may observe that they will begin to highlight in light blue or dark grey. If you continue to move these statues around, some of them will eventually lock up and turn grey permanently. It also seems to happen randomly - my guess is that there is sort of tracking list running in the background, and once these "active" statues drop down the list, their game state changes into something else. 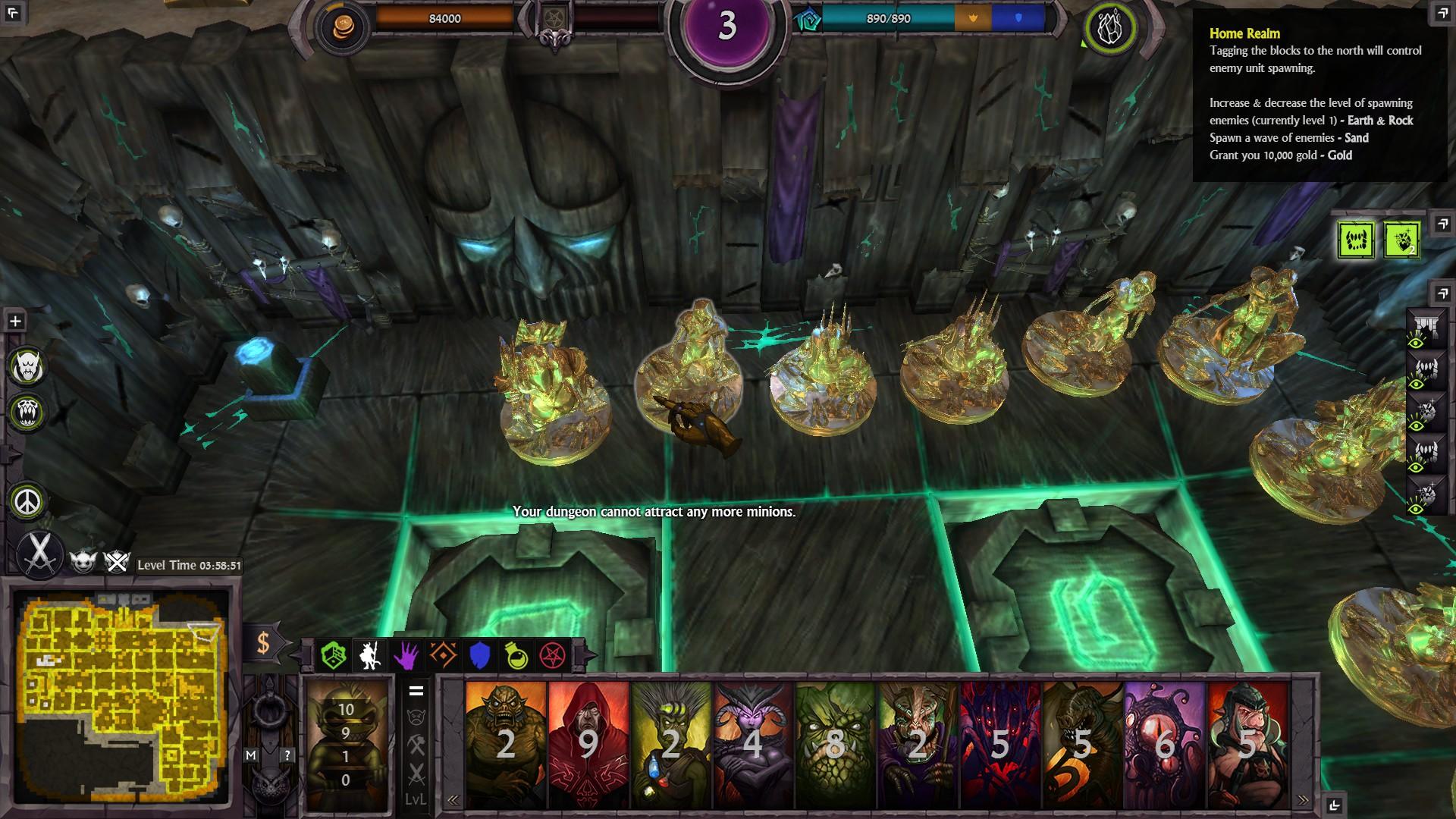 i have replicated this somehow after dropping statues for 30 mins or so. For me this seems to be related to dropping units basically in wall. Basically if you drop them in a room extremely close to the wall (the light beam mostly inside the wall) then t happens, occasionally.

while the highlighting was borked i had no problem moving the statues around, is that in line with your observations? Because if it is its a very low priority issue.

if you cant pick them up though its a bit bigger but i fail to reproduce it.

can you confirm my observations?

Closing due to lack of customer response