Sorry to hear you're having issues with the game not launching beyond the splash screen. Reviewing the output log it seems as though the Unity Engine does begin to boot but for whatever reason it seems it hangs at some point in the process and does not proceed any further. Pretty odd, it's not the first time I've seen this issue recently but I've had trouble getting reports from other affected users so I've yet to be able to determine a common cause.

My current suspicion is that the issue lies with users on non-gaming laptops which do not have discrete Nvidia or AMD GPUs and instead use Intel inbuilt graphics. While the game does run on some deployments of Intel graphics there are known issues with the UI MIddleware (Coherent) and Intel cards, which is why we recommend against them in our System Requirements . The steps you have taken so far are all correct, if possible I'd ask to ensure that your GPU's drivers are up to date as well.

I wonder if you could send me a full dxdiag report for both your affected system and the system where the game runs. Additionally can you send me an output log for the system that the game runs on so I can compare these?

Ah drat, I did save an output of the dxdiag from the laptop where the game functioned, but I was in the process of wiping it and backing up various files before I send the laptop back to my company, and did not retrieve the dxdiag report before shipping it out. I'm sorry =/

I do have the output log and launcher logs from that laptop though.

I have run various games on other "non-gaming" laptops with integrated intel cards, but they were likely not Iris. I suspected as you did that maybe this "deployment" of Intel integrated chip/card is the culprit.

I also do have the dxdiag from the laptop where the game did not "function" (Surface Pro 7 - SP7). Can confirm on the SP7 the gfx card driver was up to date

Dxdiag from Surface Pro 7 (where it did not run past splash screen): DxDiag from non-functioning laptop.txt

Sorry to keep you waiting. As it stands this issue is still eluding me, though as mentioned you're not alone in being affected and I'm hoping to identify a common cause for all users who are suffering this.

I want to confirm that the behaviour is as follows:

Can you also try launching WFTO.exe and WFTOGame.exe separately from the game's folder. Just to see if the behaviour is any different. In particular WFTOGame.exe is the game itself, while WFTO.exe is the initial booter program which is meant to launch the game once it's done.

Finally can you confirm if you're running any Anti Virus programs or similar. If so which ones are you running and can you try adding both exes to your exceptions, if that fails try adding the whole folder to the exceptions.

Just checking in to see if there's been any developments on this. To give you an update on our side we're currently operating on the assumption that this is caused by the latest Intel Iris chips in the new 10th Gen Intel CPUs. As only users with Iris are affected.

In addition to what I dropped in above could you also try the Intel Driver update tool to see if we get anything from that?

Unfortunately if nothing comes of the above we may be at the end of potential workarounds and we will need to proceed with our investigations into other long-term solutions. Unfortunately that means the issue will probably not be resolved for some time, if we ever can. So we can only advise in that case you seek a refund from Steam and indicate the issues you've faced and that you've been working with us to try and troubleshoot the issue.

Apologies for the delayed response, I appreciate the follow-up.

I forgot to say in the very first post, I had already tried both executables, to no joy. I put an exception to the Steam folder with the AV (Windows default Defender), no effect.

Regarding long term solution and refund, I understand, thank you for the guidance and troubleshooting. You may close this ticket if need be.

One more thing occurred to me as a potential workaround overnight though I can't say how feasible it is as the tech behind the 10th gen Intels are new to me. If our suspicions are correct that it is indeed related to the integrated graphics we could try disabling that in one of two ways.

I have no idea if those options would make a difference. But it seems worth a shot, naturally I'd have to advise you're careful when fiddling with these settings as they can yield some pretty undesirable results.

If you have yet to process the refund request please give that a go. If you've already processed the refund then just let me know.

Scratch that. I had mixed up your system specs with another affected user who actually has a dedicated GPU as well. Please do not try disabling your display adapter or bios settings for Iris, as I believe that would leave you without any GPU enabled!

At this point we've certainly exhausted our troubleshooting options. So yes please proceed with the refund.

In the meantime I'll be leaving this ticket open as it is an unresolved issue and I'll post any updates here.

I hope you have been keeping well. I wanted to drop in a message as another user has recently reported a similar issue with the same hardware profile. Interestingly this user was able to reach the game on the affected system while it was in Airplane mode. I've yet to confirm this works for other affected users so I thought you might like to give it a go. It's truly a peculiar one as we wouldn't have anticipated a networking issue.

Here's a few steps you can try:

Let us know if any of these work!

Thanks for follow-up on this. Much appreciated. I honestly did not expect to hear anymore on this. I hope you have been faring well as well

I gave the first two of your suggestions a go, the third I deemed unnecessary as you will see why in a moment.

The result for this was peculiar. The splash screen did not disappear immediately anymore. Instead, it now hangs there and does nothing. I killed the process after a minute or two.

My "gaming rig" being a tablet - Surfae Pro 7 - does indeed have airplane mode. I turned this on and the game did indeed launch. I confirmed that it reached the menu and the dungeon keeper said something then I closed the game down.

I did not bother to try this as I imagine it would work as well since option #2 worked.

Thanks for confirming that for us. We're pleased to hear that this workaround does indeed function at least for those affected on MS Surface hardware.

We're still not sure what is causing it and another affected user confirms that if you reconnect to the internet while the game is running it will close abruptly after ~30 seconds. This at least is something for us to go on and we'll be looking into it further once we've got our hands and eyes on an affected model that we can control.

I've been thinking a little on this issue and on how we might preserve internet access for affected devices while still enabling you to play War for the Overworld.

If possible could I ask you to try adding a set of outbound rules to Windows Firewall to block the game's access to the internet? Theoretically this should have the same impact as disabling your internet connectivity entirely but for the game alone. Hopefully this should enable the workaround to stay in play while keeping your internet access enabled.

If you're not familiar with Windows Firewall this article should be helpful. Here are the step by step instructions:

If you give this a try let us know if either of these rules help your issue. My feeling is that blocking WFTOGame.exe should be enough but both may be required. Reverting the change is simply a matter of deleting the rule(s) you created in this outbound rules list.

I've already tried that in my last post ;) I tried blocking both the WftO, separately and together, as well as Steam. No joy.

Is this what you're asking me to do? Or is it something different?

More update. Apologies, seems I had misunderstood your instructions.

Previously when I tried to block WftO from the firewall, I had went in here: 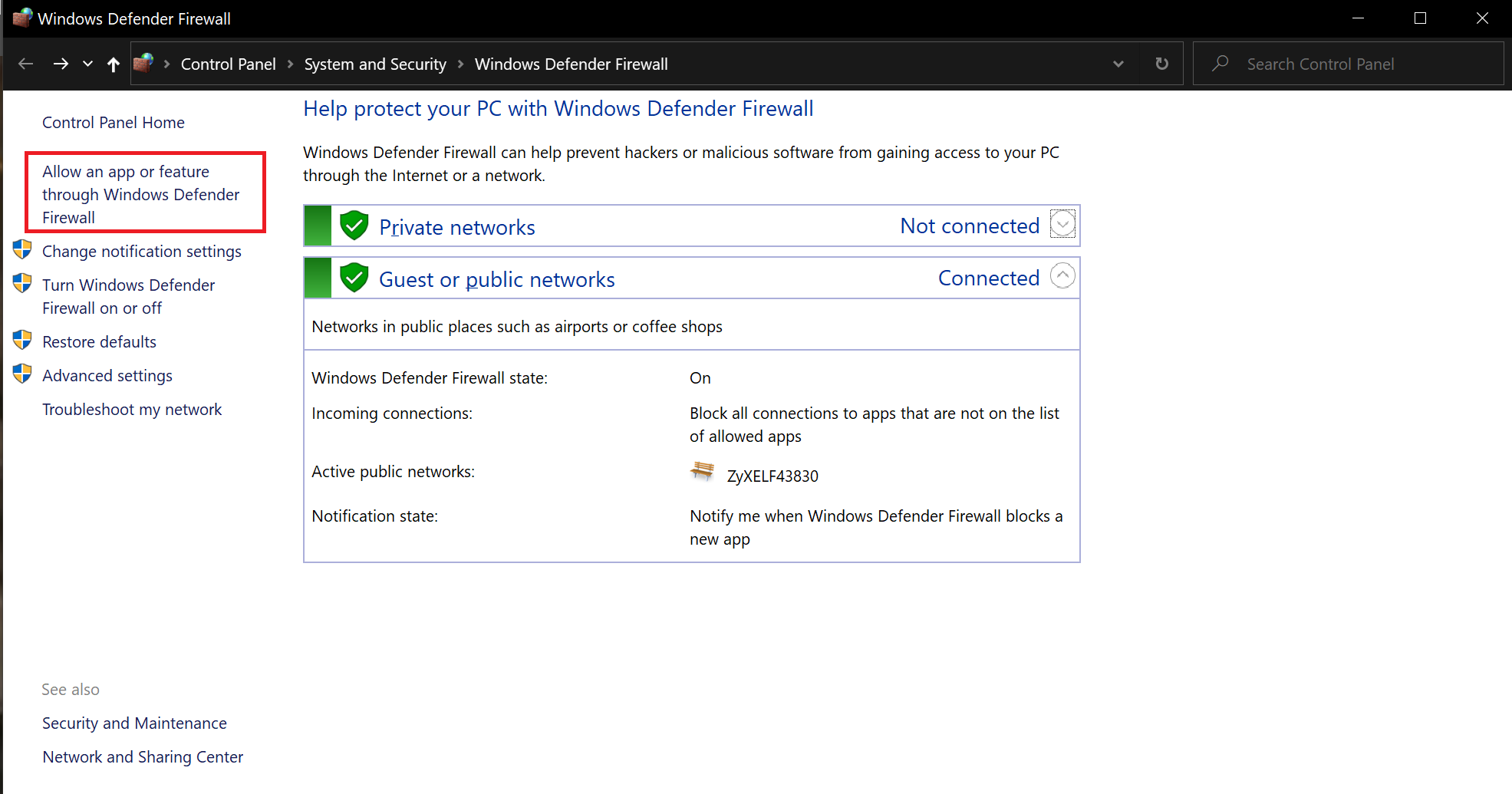 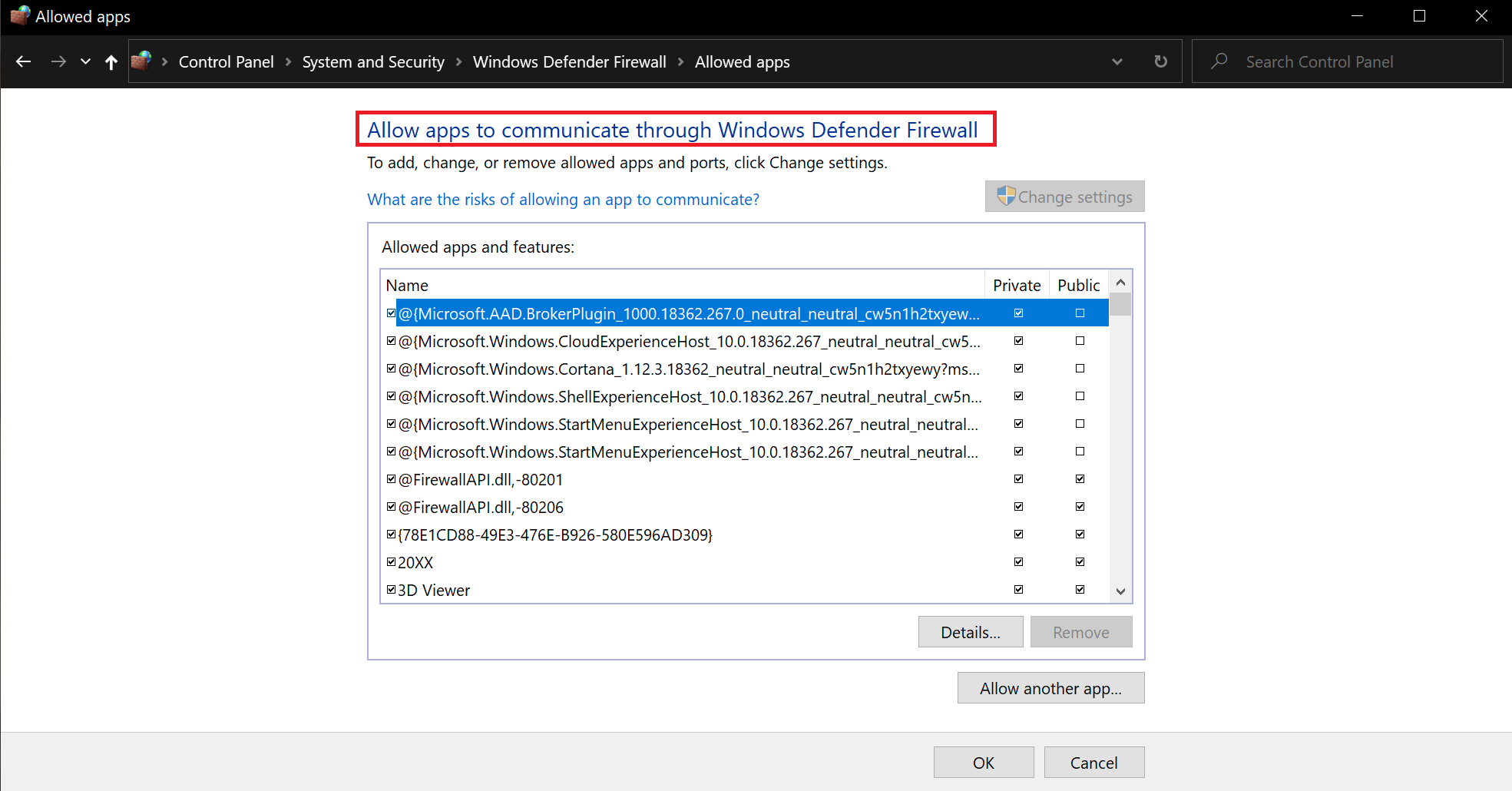 And since it said "allow apps", I thought it was a whitelist based firewall, so I removed WftO executables from it and thought that was that. I went back and re-read your instructions. I didn't realized advanced settings allow you to specify block or allow, and then I followed that instruction.

Interestingly, blocking the game exec from the firewall had this effect after the partial splash screen comes up:

At least this is something different. I do believe I have the adequate DirX installed, because when I tried the aforementioned wifi-disabling method, the game did not complain about this.

Well that's certainly something. Interestingly your experience is different from another affected user, when they blocked the game it simply refused to launch as previous.

I'm at a loss as to why this would have such a drastic effect as seemingly preventing the Engine from initialising your GPU.

As an off-the-cuff thought perhaps you could try different render modes.

But before you do anything else could you send me a new Output_log and launcher.log when trying to launch the game with this new issue?

I'm pleased to report that the upcoming Patch 2.0.8 should resolve this issue entirely. It's not yet on the default Steam branch but is available as a beta. How to: Access the Debug Branch on Steam.