Worker AI Digs on its Own

While building a Custom Campaign, I was testing out some things with Mighty Script in getting a Party to spawn after an Empire's Inhibitor's destruction. As it kept spawning THREE of the same Party, I continued to tinker until I made it only spawn one. HOWEVER! During this time I noticed my own workers digging on their OWN ACCORD to the Empire. The Player in this map is allowed with the Empire AI and the "Underlord 2" AI versus two Underlords. I had multiple Patrols and Parties set up to spawn appropriately. Figuring that the Empire Patrols' Dig Path scripts might have been bugged and somehow enabling for the Player INSTEAD, I removed them. The problem persisted and so I went about disabling all of my script until I found the issue: A Party that spawned a Hero, "Lord of the Land", for the Player. This was an intentional script and was only designed to spawn him and change this name. Disabling fixed my Worker AI. Making a new script that simply changed the name of an existing template of him seemed to not affect my Workers anymore HOWEVER I then noticed that the Empire AI was digging straight to my base and creating an even corridor with a large width, and THEN one of their Patrols was stuck running into a wall in my Dungeon Core that was NOWHERE NEAR their destination (this particular group was only supposed to patrol and defend the Empire's base). Going back to the Mighty Script I unchecked the Patrols of each Empire Party that was to be spawning and attacking the enemy Underlord AI. This seemed to fix the problem, even though I was still noticing the Empire Parties going about their patrols. Without a Dig Path in their script, and with the Patrols unchecked in the Selection, they were still going about their patrol minus digging to the enemy. Uncertain of what specifically caused the workers of mine and the Empire to dig to each other, I'm at a loss to what that issue is and will try to circumvent some of my scripts to not need such. Attached should be two pictures showing different instances of workers breaking (Player's and then the Empire's), as well as a stuck Patrol. Hoping to create a cool and fun Custom Campaign by the end of all of this that folks will enjoy! <3 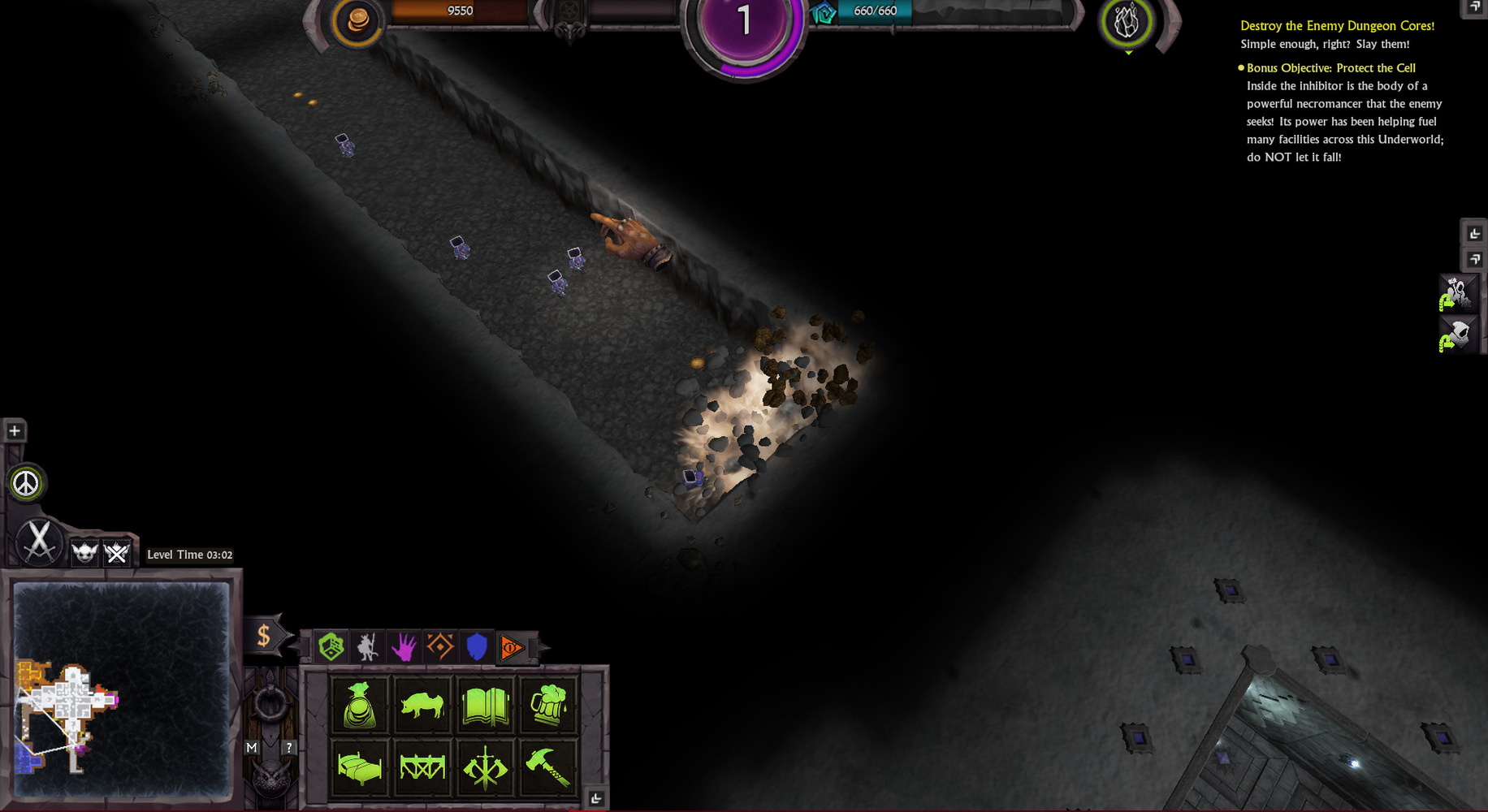 Can you send us editor files for your level so that we can look into it directly from the map editor and understand your script setup and replicate the issue ourselves.

You can locate the map files with instructions from this article: https://support.brightrockgames.com/knowledge-bases/2/articles/2539-upload-and-share-content-on-the-foundry

Can you also list in bullet points a series of steps to make the issue occur in your map.

I assume these files are what you mean: