Constantly there are unhappy units.

After patch 1.5 units got some kind of ulcer, which periodically causes pain in the abdomen. One of the theories why the creatures suddenly become unhappy.

It happens to random creature (but most others beast master, juggernaut, ogre, witch doctor and necromancer). Does not occur immediately with the start of the game, around 2 - 3 payday. If anything, these creatures become unhappy again and again, that just starts to get annoying, and unhappy become I.
Costs them 20 seconds to work, go to the flag at rally - they are unhappy.

PS what is the difference between the characteristics of "food" and "tavern"?

Here's another screenshot of the same game. Ogre is unhappy, though his satisfaction rates: 97% (88%), 82%. Salary received (color salaries are not red). 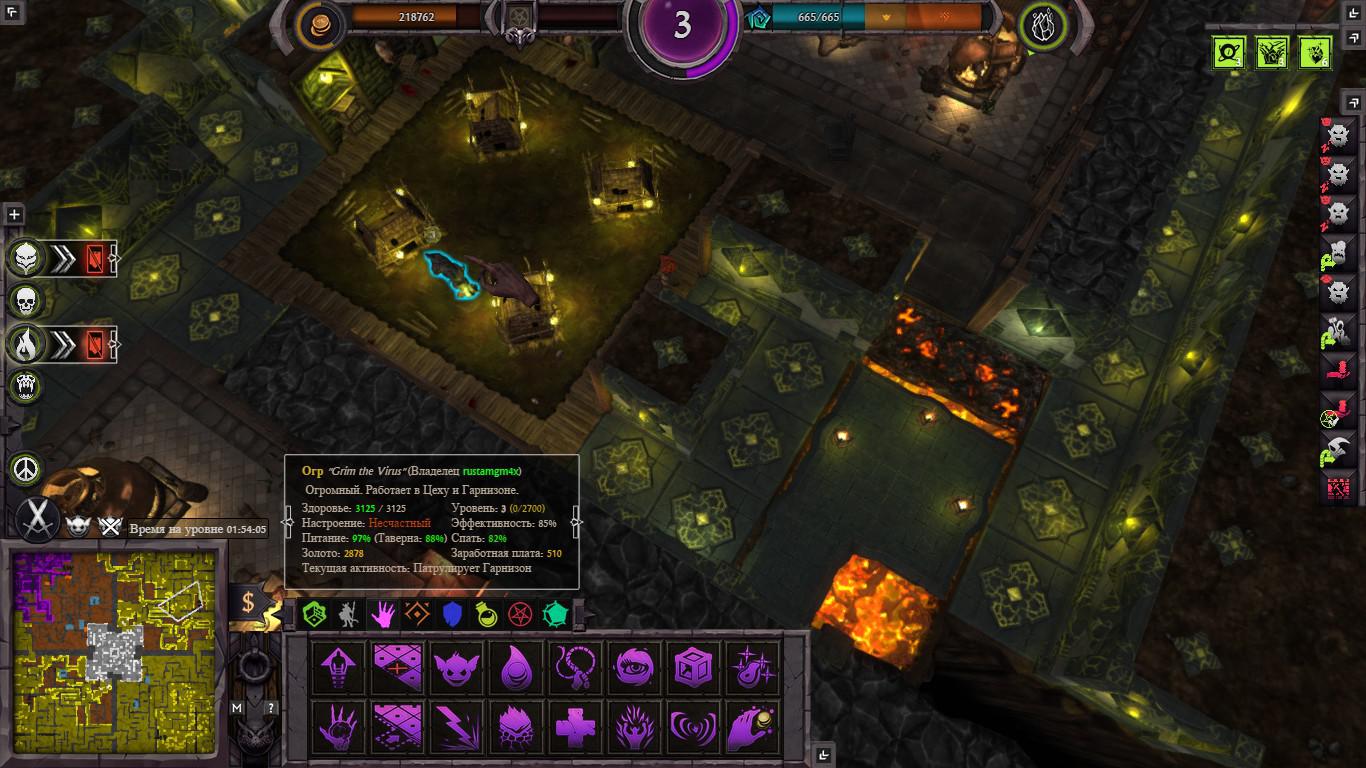 This seems strange indeed. We need to take a look why they still remain unhappy.

I noticed, that most often in units bad mood when they're sent to rally, or go far away somewhere, or had long trained in the barracks, or out of the arena. After 15 seconds - 30 even, that is not normal. With it, when leaving the arena (after the battle on the inside), the creatures immediately become unhappy (well, not always).

Mood is supposed to recover over time depending on the patience of a unit type it recovers faster or slower.
However it should normalize within less than a minute when needs are satisfied, but 15 to 30 secs sounds normal.
When they are rallied they wont satisfy their needs until they get angry and then they need some time to recover.
Also problematic is if there are long path ways between the locations a unit normally rotates.
Eg. long distance between Tavern, Lair and Work.

You don't think that there is no problem? May I ask about how planned communication of the mood and the % of satisfaction of needs, in numbers?

Clearly, when needs are satisfied by more than 60% every miserable unit should not be. And I wrote specific observed. They are unhappy, regardless of status needs, just because something happened (for example, fighting in the arena).

-1
Not a Bug
Stefan Furcht (Programmer) 6 years ago

I did load your save game and did not saw any unintented behaviour.
There was a Juggernaut which were unhappy but he went to the Tavern and got happy again.
I was able to see multiple units becoming unhappy but this always for a reason:
- Necromancer have a very long path to the crypt, when they raise ghouls they need to go so far that they become hungry and sleepy before they get back to a Tavern or their Lair
- Pathways between Work and Lair and Tavern are for some units extremely long which makes them unhappy on a regular basis

So in the save game it is all mainly caused by the layout of the dungeon.

To improve the situation:
- Click on unhappy notifications and see where these units are going
- See that all unhappy units need to go very long paths to rotate between working, eating and sleeping
Either:
- Open shorter parts between these facilities and make sure they are big enough to not require units to wander of far away to find a replacement facility on the other side of the map
- Manually put units in Lairs near to their working place and make sure that a Tavern is not too far away
- In general have Lairs and Taverns in proximity to all working places or your minions will be forced to walk way too far to remain happy.

In addition, immediately after leaving the arena, satisfaction of the need for sleep fell to 0% (this is a bug or so conceived)? Despite his urgent need to sleep, he did not go to bed, though his bed was 5 tiles from it. He was treating himself. Although sleep cures. This is a bug? In any case, the unit should first satisfy their need, which is satisfied with less (in this case sleep). Otherwise we get periodically angry units.

As said they need some time to recover their mood when they were angry.
I am sure these guys in the screen shot went happy again in the next 30-60 secs.

The Witch Doctors Behaviour in the Video is normal, Witch Doctors (like Succubus) are picky especially when high level.
Once he had a meal in the Tavern his mood improved, but with current dungeon setup he will become unhappy again because he needs to walk far away.

Please understand the difference. Units must have a bad mood, if their needs are not satisfied. All the time, while needs are insufficiently satisfied.

So, definitely understandable.
But if the unhappy units that had the great satisfaction of all requirements (100 - 90%), should improve his mood.

And it should happen earlier than 24 seconds.

If not - please, tell the maximum time, in which the creature may be unhappy (so it wasn't a bug), provided that the entity obtained the satisfaction of their needs.

How can "right" to build a dungeon on a large map, more than 100 tiles on each side, if in different angles, for example, I need (if the map is such a struggle with the enemy in the corner, 2 passes) 2 Garrisons? I'll give the Ogre lair exactly between them. But until he comes back 50 x 1.4 (diagonal) cells x 2 - over 140 tiles, he will certainly be angry.

Especially important is this problem in large maps - labyrinths. Where, due to the map, tortuous path. 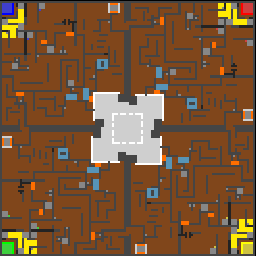 We are looking into ways to improve the feedback to the player on the happiness mechanic. In the mean time just take extra special care to pay attention to the distance between rooms.

Units that have been unhappy will not recover immediately, this time to recover is dependant on the level, type of the unit and current satisfaction. 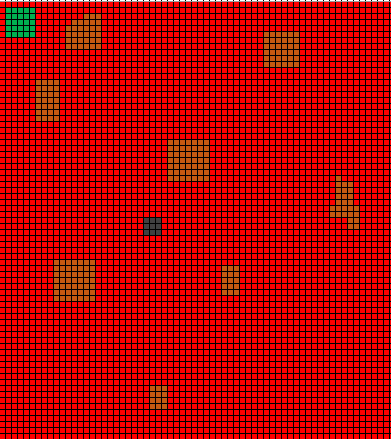 I suggest:
1. Improve the pathfinding algorithm. Now he, pardon my French, primitive (see the link, and in the video proof).
2. To reduce the time "of amichevoli" 2 - 3 times. This time I called the company, starting in as "Bad a mood, but needs are satisfied above 80%" and to increase the level of mood creatures (24 seconds in the video).
3. To make such a change, allowing sentient beings to sleep in the nearest free lair.
Additionally, it is possible to make a mutator affecting the time of the offense (whim), and on the growth rate needs.