This game was played on the 'Bridge(2)' or 'The Bridge of Doom' map. Upon grabbing several minions and placing them in the arena, I found that my mana was permanently locked because apparently I was still holding them. This was not the case, and I was unable to recover this mana. Some of the mana came back towards the end of the game, but not all of it. In addition, I was also unable to place ramparts due to mana being locked too low, even though mana is not required for their placement. In addition, there was also something of an immortal templar, id est a templar stood on the map apparently at full health, and would not die.

I think I have attached the output log, but I am not entirely sure.

Update, it occurred again. This time it eventually went. It seems to occur when I place minions in the arena. Also, I was not able to place the underminer because of an apparent lack of mana. I think this is because my mana fell below the 500 mark due to the bug.

Tried some replication today. Was not able to replicate on a simple 1v1 in the office. Perhaps scale of game is affecting this?

Admittedly, the map on which this first occurred was quite large. However, it has been happening on smaller maps as well. I have largely only played 1v1 games, and this usually occurs whilst still in the early stage. I think it is to do with placing minions in the arena having picked them up using the shift or ctrl key.

Happened again, this time on the Seastead II map.

Another instance (this is a different game from the last output log I posted):

Thanks for keeping up on these reports we're still investigating :)

Latest instance (this time it was particularly bad). I could not build wooden doors because of a 'lack of mana'.

Btw, we have a Theorie, that the mana lock happens when the Client presses CRTL, to drop 5 units per once, and the Host server doesn't registered it.

Managed to do a very partial replication. If you look at the top right of the mana bar you shall see a grey line locking some of the mana out. This was replicated using lag and ctrl. Console commands may have contributed to this, however. 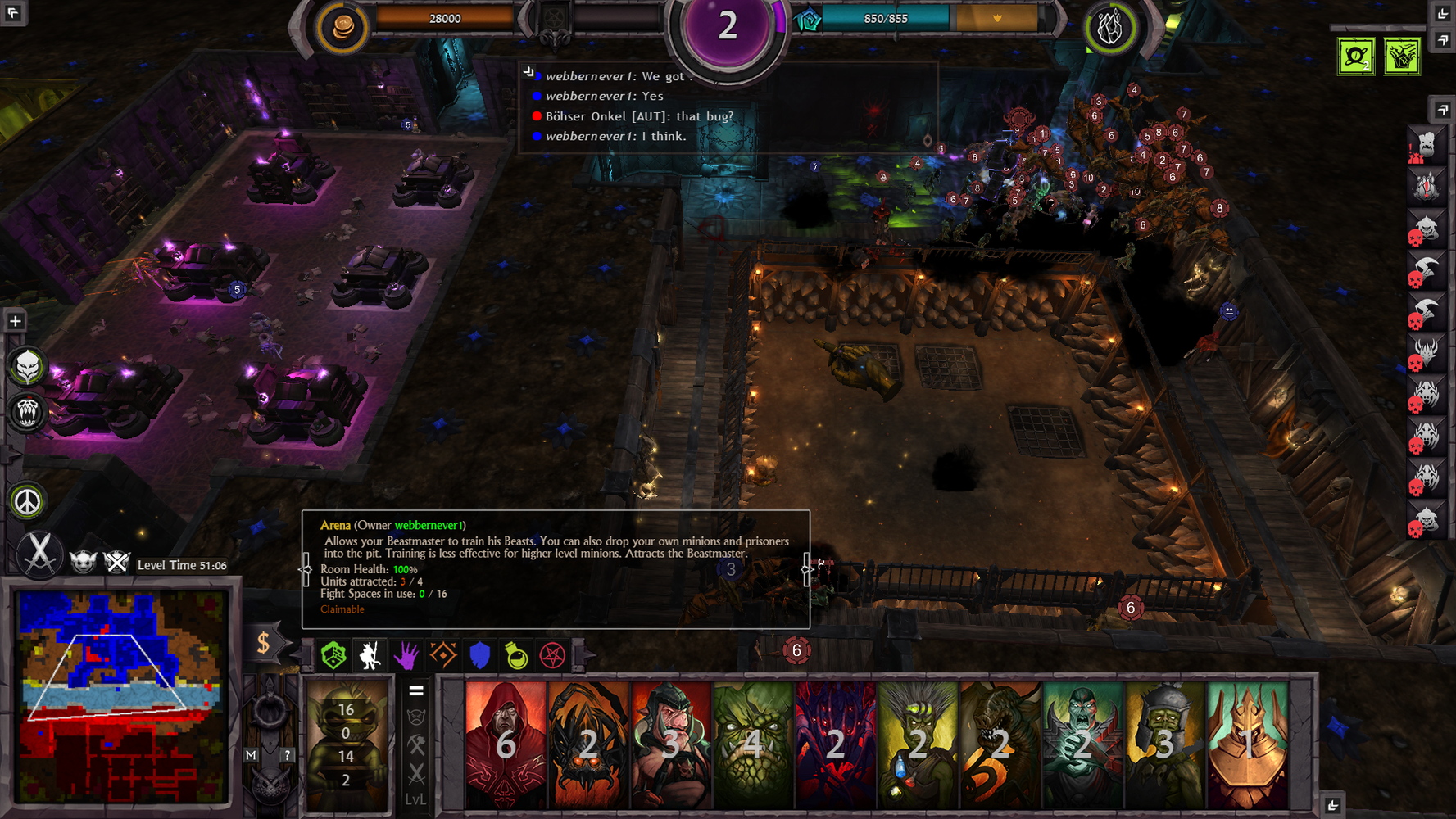 Hrm the gray mana lock is for grabbing minions, but the hand is empty in the screen shot.
I think we should search from this point.

Oh good find.
There was an old outdated client simulation that did not match what the server is doing.
Also the mana lock for grabbing minions got pointless due to mechanics changes after this feature was added.
Thus we are going to remove the grab mana cost entirely for next patch as it does not have any impact on gameplay anymore.