When you summon heroes in home realms (both), there is a chance that a pile of gold will appear within the area of heroes gates. You can pick gold from the sacred earth piece before the gates, but you can't pick it from the gates, and workers can't pick it too. At first I thought it happens because miners get killed by defenses right after they spawned. But then I moved away all defenses, and never attacked heroes until they move far enough from the gates. And yet it still happens sometimes, right after summoning heroes a new pile of unobtainable gold appears at the gates. My guess is when the game creates heroes and gives them random amount of gold, it may exceed their capability to carry it, so they drop it.

i could reproduce the issue and i believe your idea why it happens is correct. 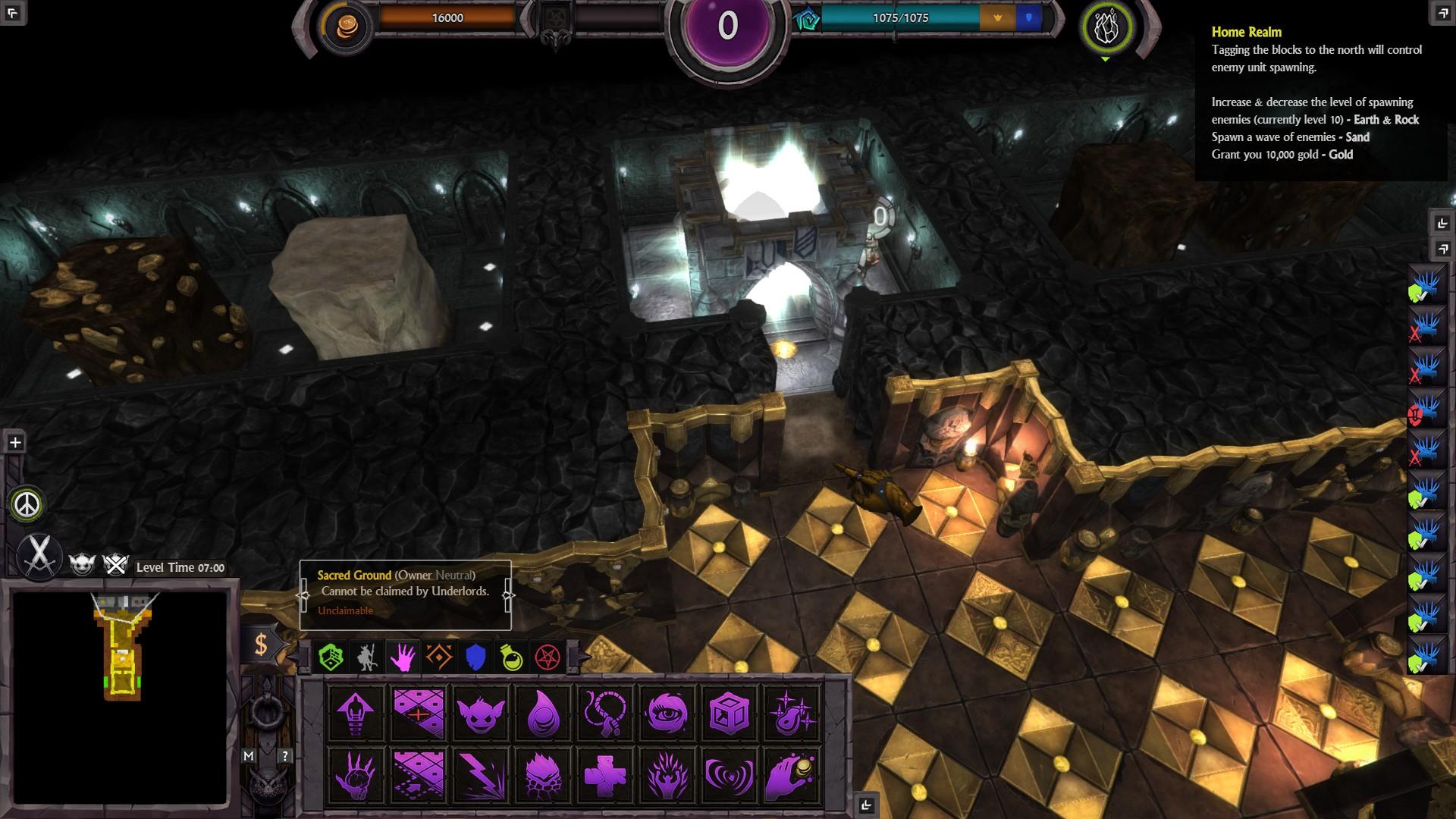 When these Heroes die they drop gold on purpose.
The problem lies in game design, because gold can only be collected from claimed land but sacred ground is not claimable.
So any gold pile which did fall on sacred ground is lost forever.
I am assigning this to you Josh Bishop.

A gold pile has a chance to appear even if no one dies there. Right when the gates create heroes.

So I suppose some kind of error might be there after all, not just a game design issue.

Oh this would be strange.
The only reason why there should be gold piles, because it is in the pockets of the empire units
and they normally won't release it until they die.
I have no idea where else gold piles could come from at this place.
Maybe some die directly after entering for some reason?

Perhaps, but since I didn't attacked them, they only could die on their own. Also, I've never seen those gold piles to appear on their own outside of home realms.

Don't worry this ticket hasn't been forgotten it's simply in a very low priority queue while our code team works on other things.

With regards to the gold pile they will certainly appear in home realm as by default whenever enemy units are spawned gold is added to their inventory when in the home realm.

After long back & forth about the design, we do now allow to collect items from unowned ground.
So as long a tile is not owned by an enemy and walkable by workers, they will be able to collect the item from there for you.

I'm afraid you missed the second part of the bug report. A gold pile has a chance to appear right at the gates even if no one dies there. Right when the gates create heroes.

Just now I restarted the Casita home realm and spawned a few groups of heroes with 9 level. Since I didn't have any minions or traps in the whole dungeon, no one could possibly die. And yet I already have 3 piles of gold right at the gates. If I'm not mistaken, it sometimes happens when the gates spawn sappers.

Good that you created the other ticket.
It's always easier for us to manage bug tickets if each individual issue has an own report :)