I've noticed a problem wherein I've completed the entire MPD campaign, but two of the maps (Goldrust and Justice) do not show as being completed in the Achievements page on Extras, which in turn has prevented me from using God Mode for my scenarios. I first asked some of the people in Discord, who directed me here as they felt it could be a bug. Enclosed are some screenshots highlighting my problem.

Core Information for my PC:

Sorry that you've been faced with this bug. It is very unusual indeed.

Neither Working-Class Hero (Goldrust) nor Liberty (Justice) are shown as unlocked on the Steam achievement page.

I've uninstalled the game, for the time being.

Very interesting indeed. I'll pass this through to our QA Analyst to see if he has any thoughts on what the possible cause might be.

We updated our Steam interface in 2.0.6, can you please try to replay those levels in the latest version and let us know if that gives you the achievement

Declined due to a lack of response, will reopen the ticket if we receive a response

Apologies for the delayed reply.

I did as instructed, and the Achievements showed up. However, I am still unable to use God Mode & Mutators for my custom scenarios. Here are some screenshots as an indicator. Also I published the map on Local, and not on Steam. Not sure if this helps. 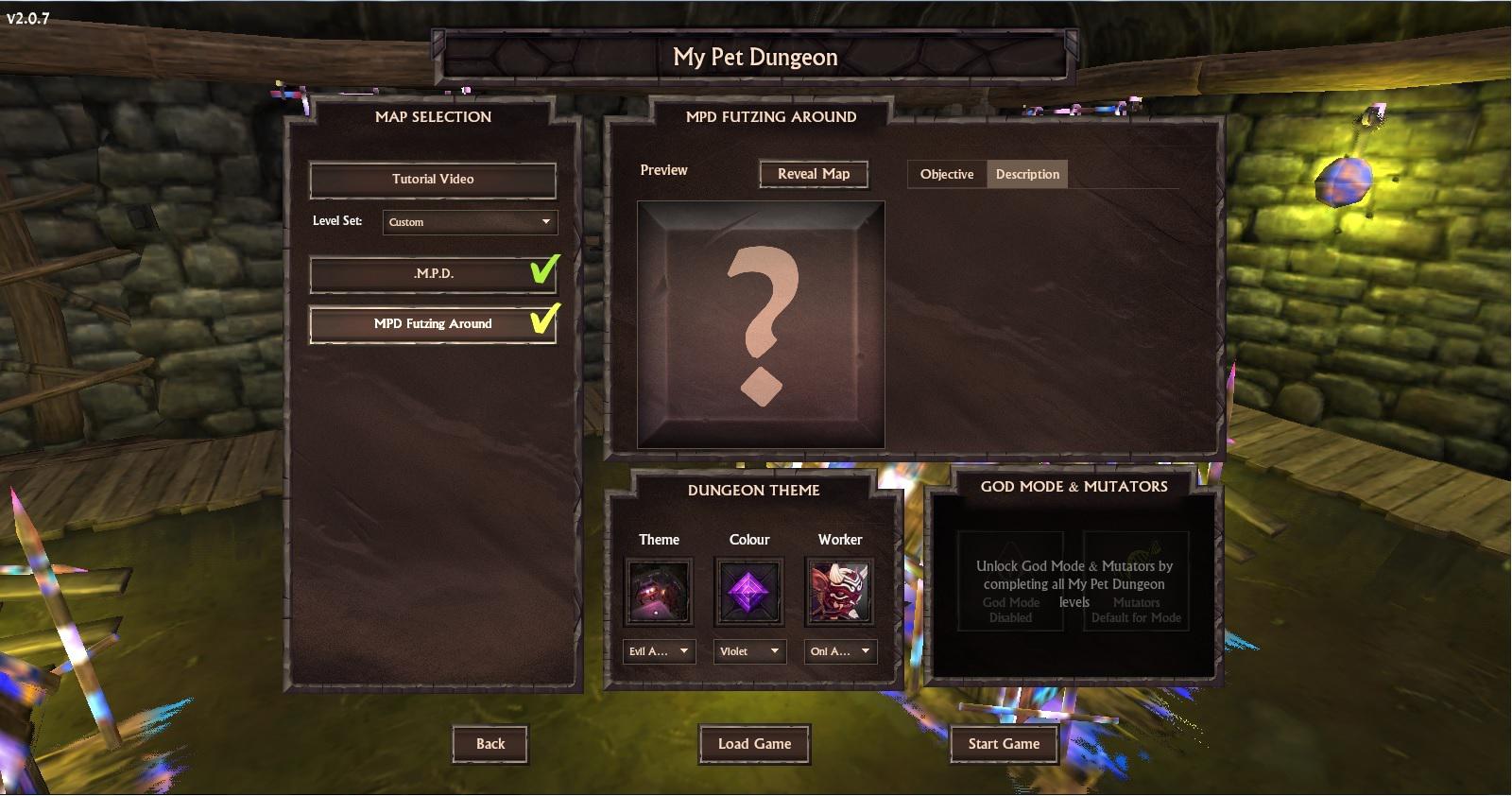 0
Marked for Review
anonymous 3 years ago

Thanks for the report zydarkking, we will look into this first thing Monday Morning

Does it work on the official map "Hollow"?

Can you also upload the custom map: How to: Locate your save files

Yes, it works for Hollow in Scenarios: 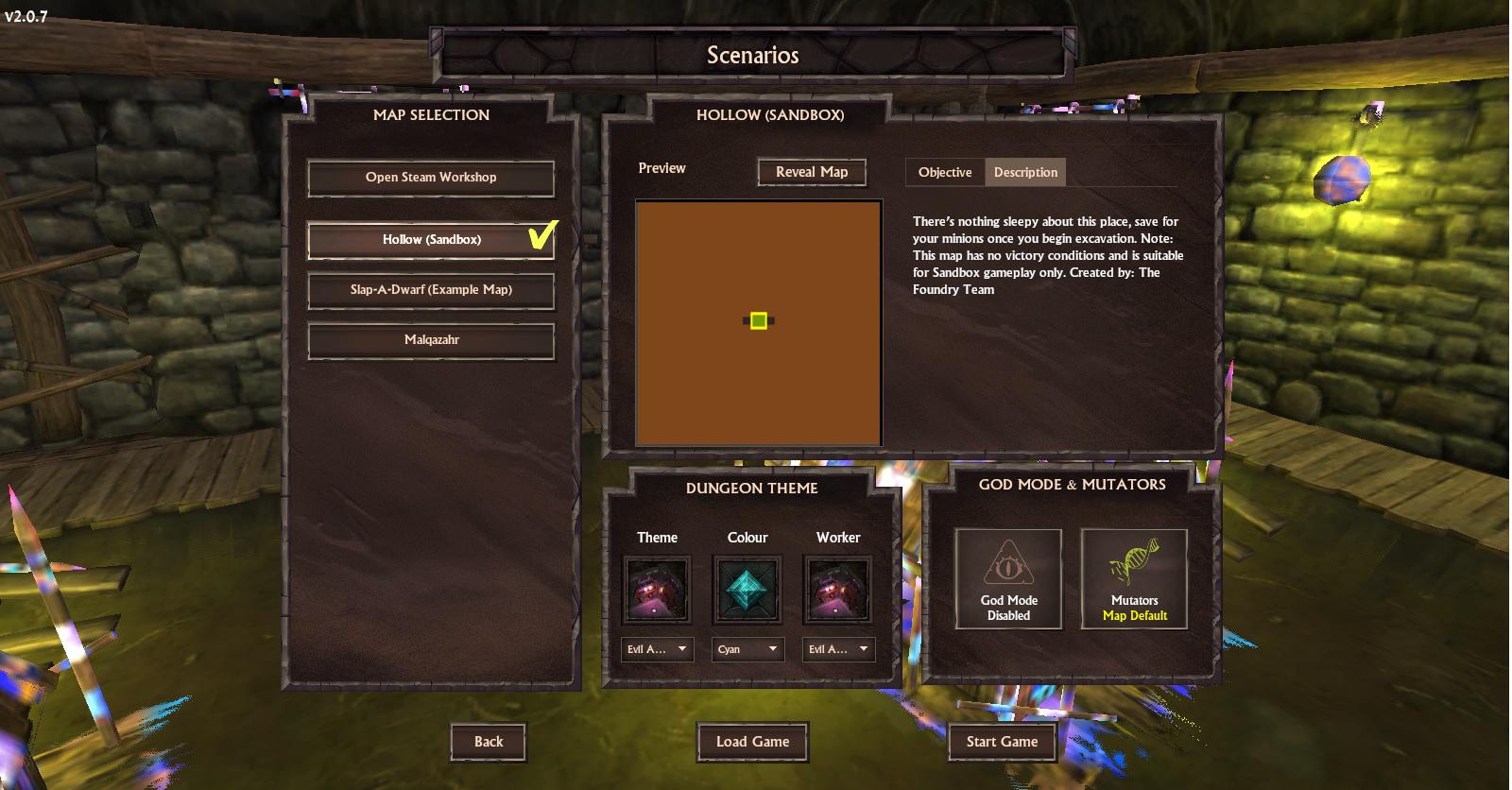 As requested, here is the custom map. I'm not sure which file to include, but they're all of the same map:

Didn't we add a rule a while back that a map/scenario has to be completed once "normally" before mutators/god mode can be used on that particular scenario (so the first playthrough is always as the map creator intended it to be)?

Could it be related to that?

No, it just seems to not work.

Hello again, I've decided to replay the game after awhile, and the issue is still there. Perhaps you've come across the solution?

Responding to Andrew's latest post, I completed all the maps without using God Mode or Mutators.

Also, since I'm already asking, just to confirm. Using God Mode in MPD disables achievements. But does changing the Mutators also disable achievements, even if God Mode is not on?

This ticket is in our backlog which means it will be triaged by the code team in the next tirage pass. At the moment our entire team is working on our new project so we revisit WFTO in waves and try to address the most significant problems.

Can't tell you when we'll get back to this and it may be exceptionally low priority when we do. We're still keen to try our best to address what issues we can though.

To answer your question. I believe it is correct that you cannot earn achievements if either God Mode or Mutators are set.