When playing any custom campaign that has been downloaded from the workshop, completing a level will enable the "reveal map" option on the level select menu. However, the map previews that then show are broken: 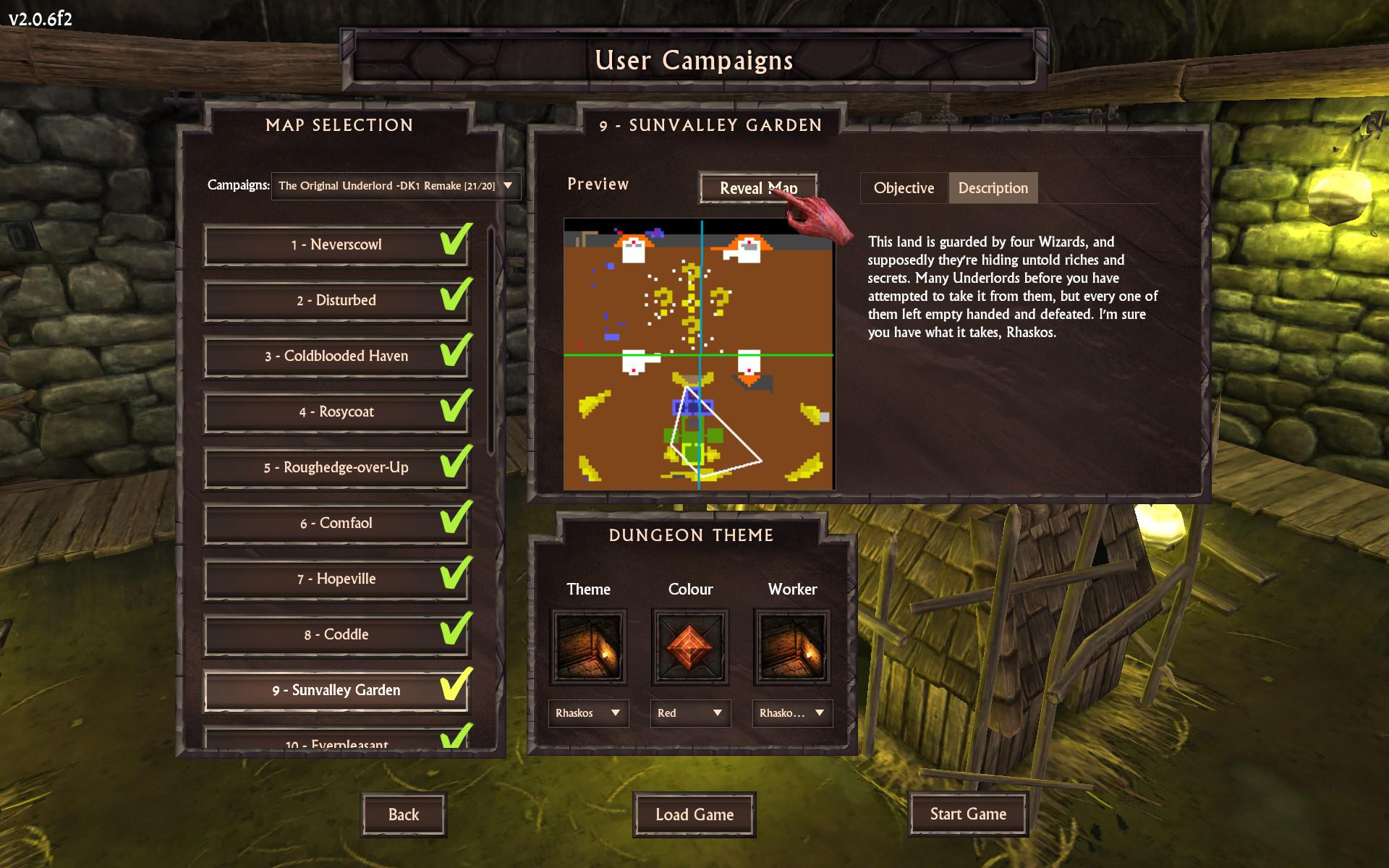 I've tried this on 3 different custom campaigns that I've downloaded (The Original Underlord, DK2 MPD and True Mystical Journey) and all have the same problem with every map. They display the mirror lines, line-of-sight cone, defences, minions etc. (none of which should show up on normal map previews) as if it were taken from a screenshot from the map editor, and in some cases like the one above have a load of terrain missing.

Individual scenarios that aren't part of a campaign are fine though.