Playing the crucible I noticed the RAM is filling up

First of all I like War For The Overworld very much, I played it a lot. Like I loved and played Dungeon Keeper in the past.

On one map in the crucible, I mostly end up number one, Memento Moor

But I have a big issue since patch 2.0.2 with the crucible (not tested anything else)

Playing the crucible I noticed the RAM is filling up with more than 1MB per second. ( I don’t know if it did this before, but it not a normal behaviour)

This (I think) ending up crashing the game (program will not respond).

Today I played a Crucible game of 2,5 hours in Memento Moor. I ended (finished) up in wave 174, 7,836,578 point. But the game did not go to the score board again. It did crash! But it managed again to get my score to the score board after all, 1st place. I had broken down defences to end the game because of the expecting crash. I watched the RAM filling up, it looks like the virtual RAM is filling up to during the game

After one hour playing the RAM is filling up faster

I have 16GB of RAM (14,2GB is left for the game)  and its full after 2 hours of playing, then the real problems start to occur.

I was thinking, when I reserve 64 GB of virtual RAM on my SSD, I can play without crash. I will not run low on memory

But on wave 195, with 26,205,842 points and with 2:55:43 play time the game freezes! I waited more than 5 minutes with hope the game would continue… and it did. But my mood and the gameplay was destroyed. I let the game end and did little to get a better score.

But it managed again to get my score to the score board after all, 1st place

This gameplay with freezes and crashes is just not right, it’s not a good experience, I end up 1st place but I want a fair game, if other player with 8GB have this problem they never get big scores.

Well now I am don trying, could someone help me with this problem, dev’s?

This time I played I the RAM filling up. I noticed when the game is on pause  Press Esc, the menu), the RAM is still filling up. I left the game for a while on pause, later I ended the game and wanted to go to the main menu. But here the game crashed. The RAM was not completely filled this time but was filling up

The last crash report was from 25-05-2018 and is outdated, there were no newer reports. I don’t know why, because I played frequently after that date.

And of course in the crucible, no save game.

I updated the network drivers, and Graphic drivers. No effect

Steam verification, 1 issue found (1 file failed to validate and will be reacquired), Fixed. No effect

But I notice when I start the game this 1 issue is returning. Every time! output_log 3-7-18 Only short startup game.txt

Reinstall game. Done, but not tested. But with steam verification, again1 issue found, and fixed 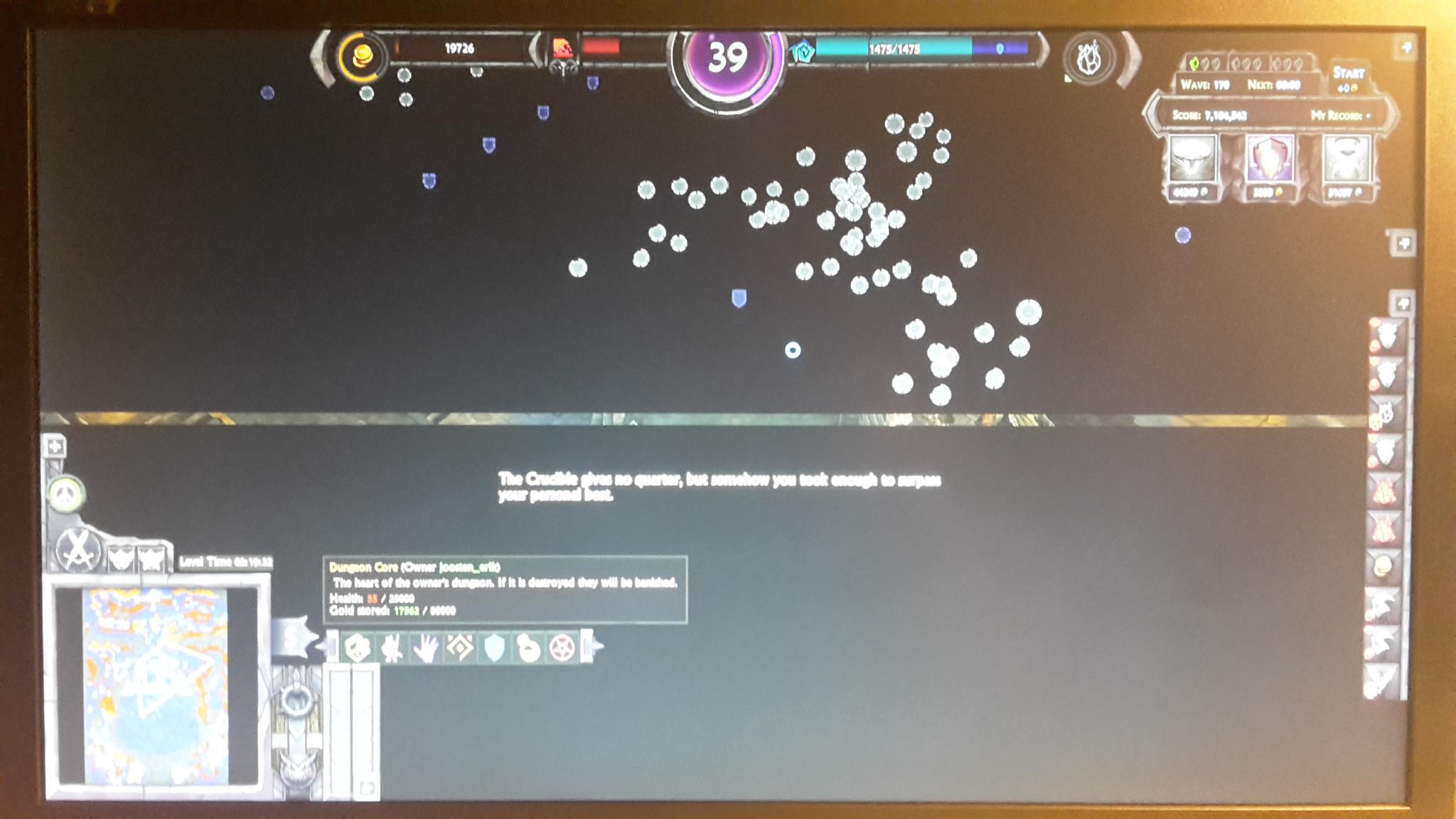 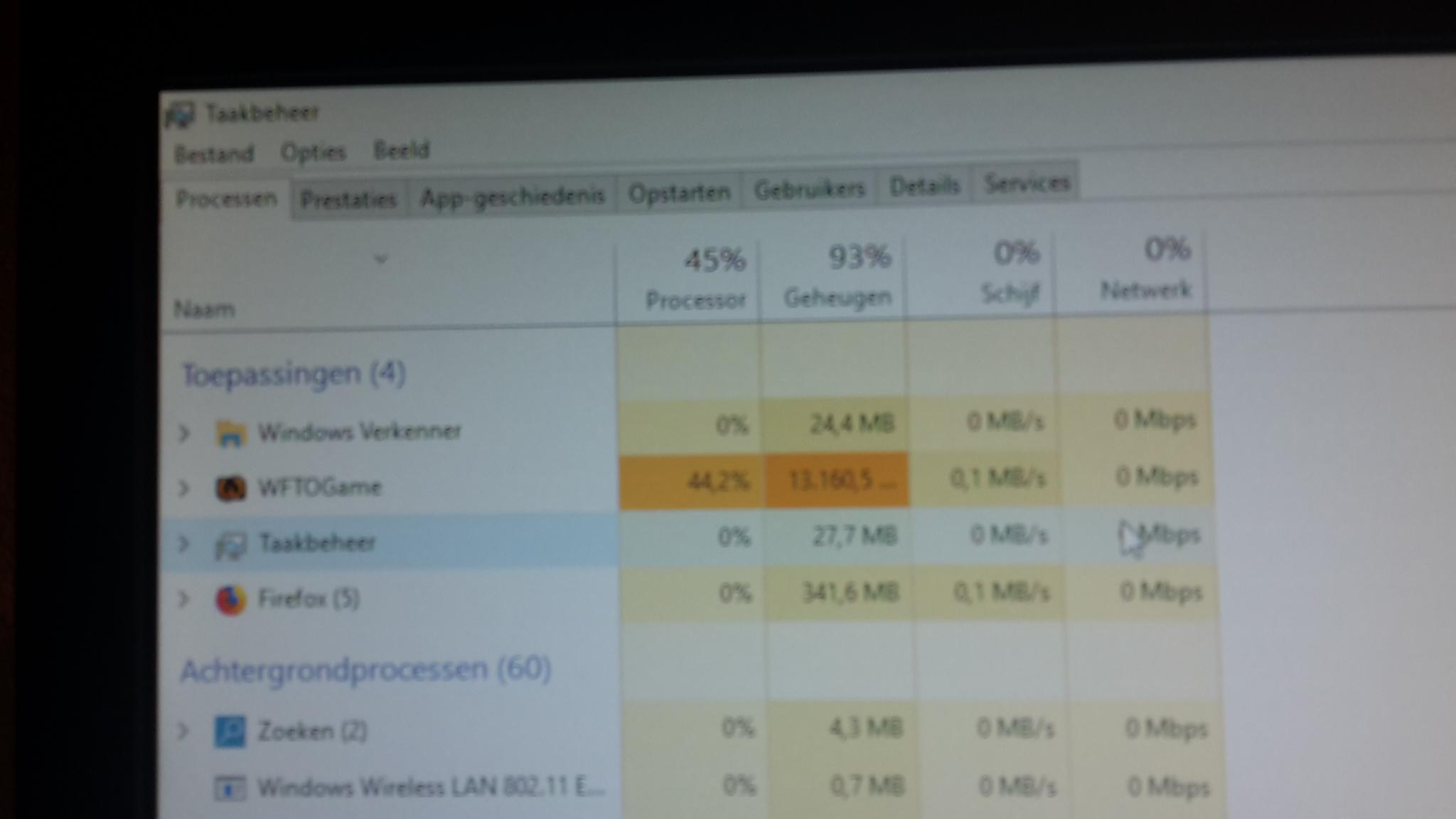 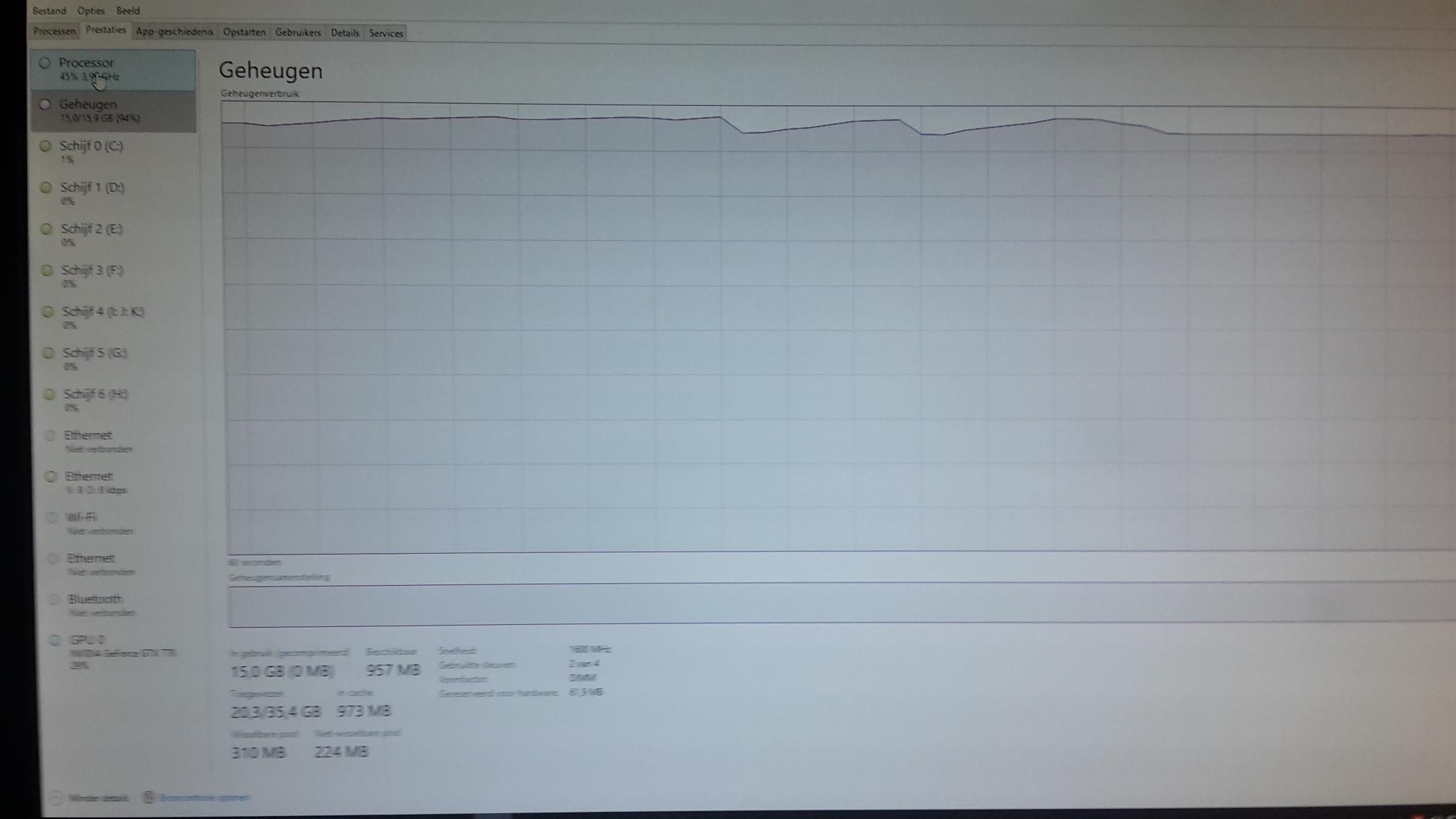 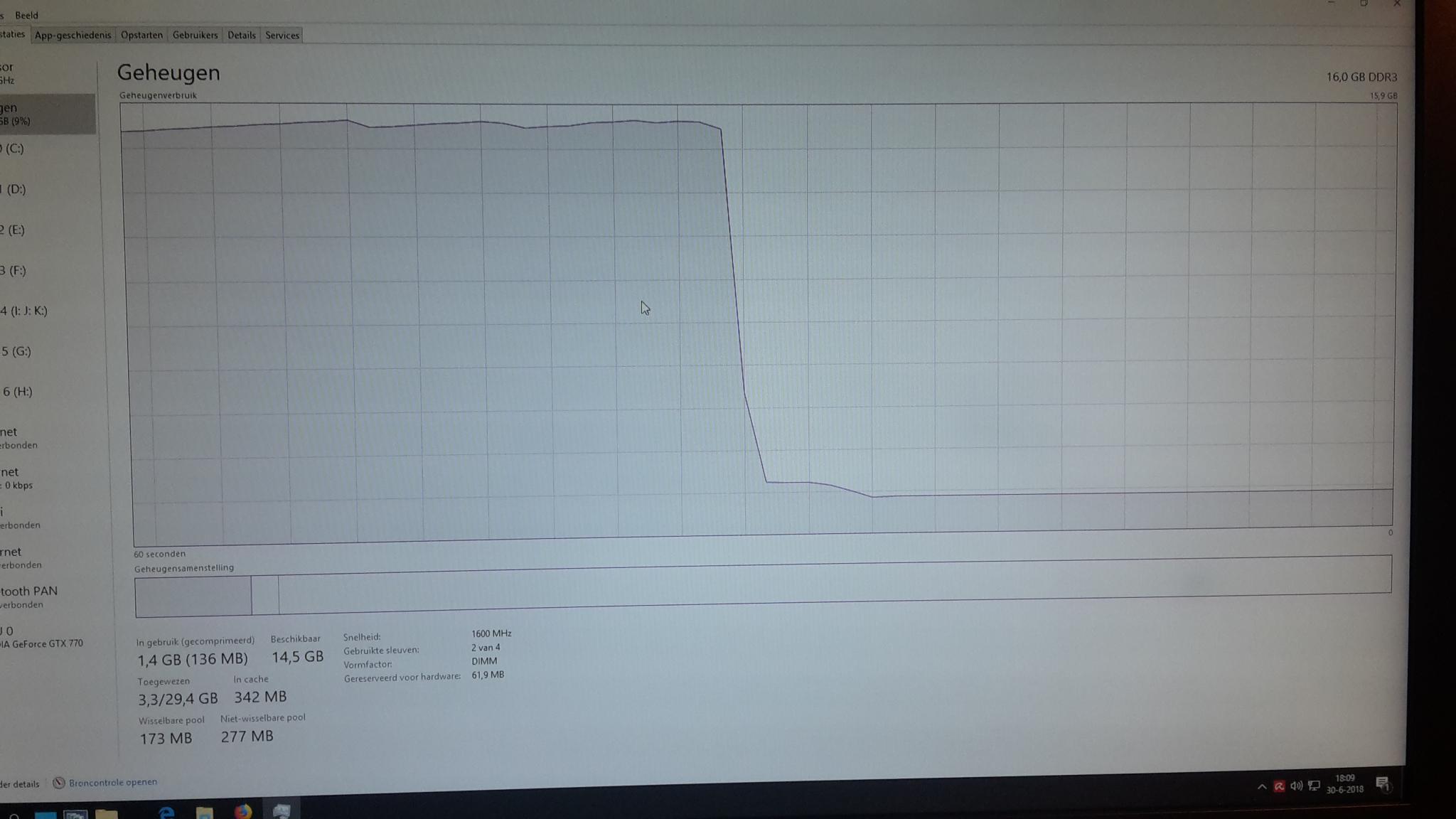 Thanks for the comprehensive report. I'll pass this over to Cian to take a look at when he's got a moment.

Thanks and here's a Update:

Reinstalling the game did not solve the problem. When playing the RAM is still filling up (in the crucible on Memento Moor map)

Here a sort of log I made what was happening to the RAM usage when playing the crucible last time:

RAM (I have 16GB) usage by WFTO (playtime is the in-game counter):

At 1:49:13 playtime I barely could get back from windows to the game (I was checking the RAM usage in windows)

(I think windows Is going to use the virtual RAM now)

Notice that even on pause the RAM is filling up

The RAM drops to windows normal proportions if WFTO has ended.

There was no crash report, but here’s the output log:

I started a save game from patch 2.0 of The Under Games.

I ended the game completely and restarted it. It started with 2253 MB of used RAM

(I can't find a way to edit my older posts, the button is gone. so i post a new one and iI also need to correct a thing in the

Well, the same story. At more than 11 GB of RAM used by WFTO and 1:42:00 playtime, I was going back to the main menu. This because I was not in the mood to play knowing the game would be crashing soon. But going to the main menu took more than 10 minutes to get there! Normally I would end it all by force, but now I did not. I did wait. Notice I was not using all of my 16GB RAM here.

When I finally was in the main menu the used RAM by WFTO was more than 12GB!

Again I notice that even on pause the RAM is filling up fast.

How longer I play how faster the RAM is filling up

Closed due to lack of response, assumed fixed.

Will reopen upon a response

I am sorry, i completly missed that there was a response. I did not play the game the past 6 months. But now i know it may be fixed I wil give it a try (could take a while, busy life). Thanks

I have played a crucible game and I am truly sorry to say my problem is not fixed. I repeat: I still have the problem in version 2.0.6

I'll reopen this ticket and assign it to our Triage queue to determine whether we will be able to investigate further. (Since our last response we've moved over most of our team to our new project and WFTO is now officially in maintenance mode, we still plan to release support patches but only as time permits)

We are investigating internally