Whilst playing the crucible, I have noticed that the beast rally flag symbol shows that my beasts are dead, when this is not the case. I have attached a screenshot of this below. Note, in particular, how it shows that I still have plenty of beasts alive. I had never sent the beasts into battle, nor (I believe) had I built an arena, which is also shown by me having no beastmaster. 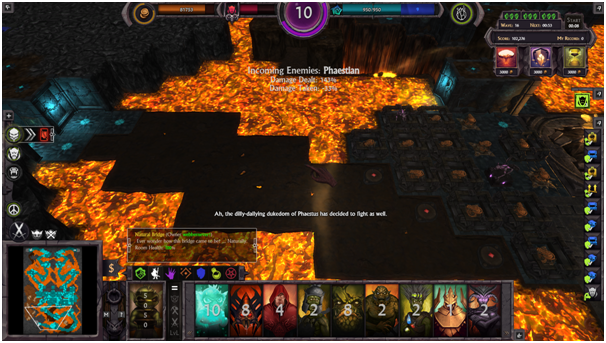 However, I do not know how to reproduce this. I have seen it at least twice in crucible mode so far, and it does not usually take long to occur.

Please keep an eye on this one and let us know if you find a way to reproduce the problem.
Otherwise it will be hard for us to find the cause.
Cheers

Have you encountered this bug again recently?

As I have stated, I have not really been able to play War for the Overworld recently due to computer issues, so I have not played crucible mode for a short while. The problem only occurred on crucible mode. I am going to try playing a game over the weekend and see if it re-occurs. 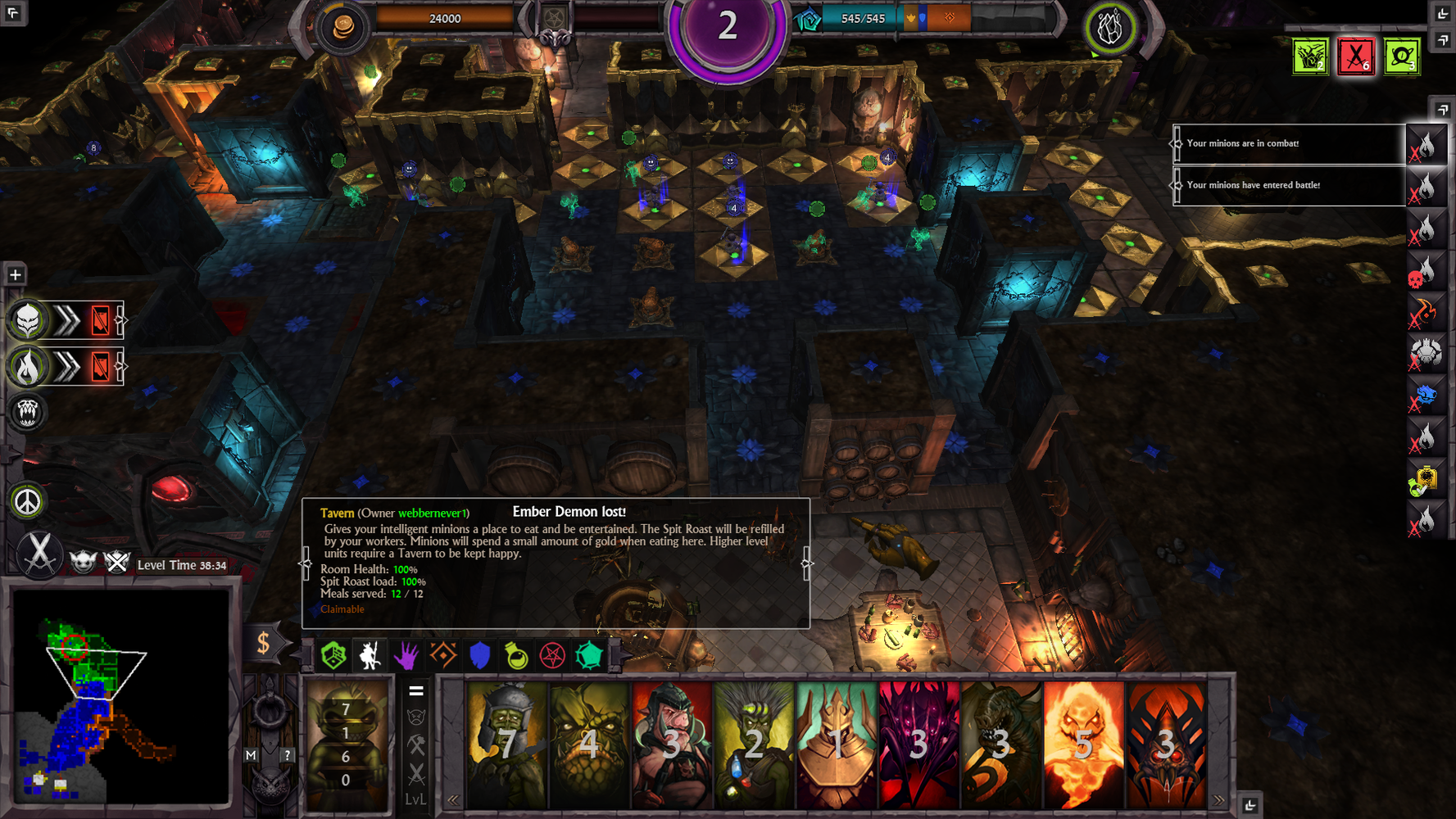 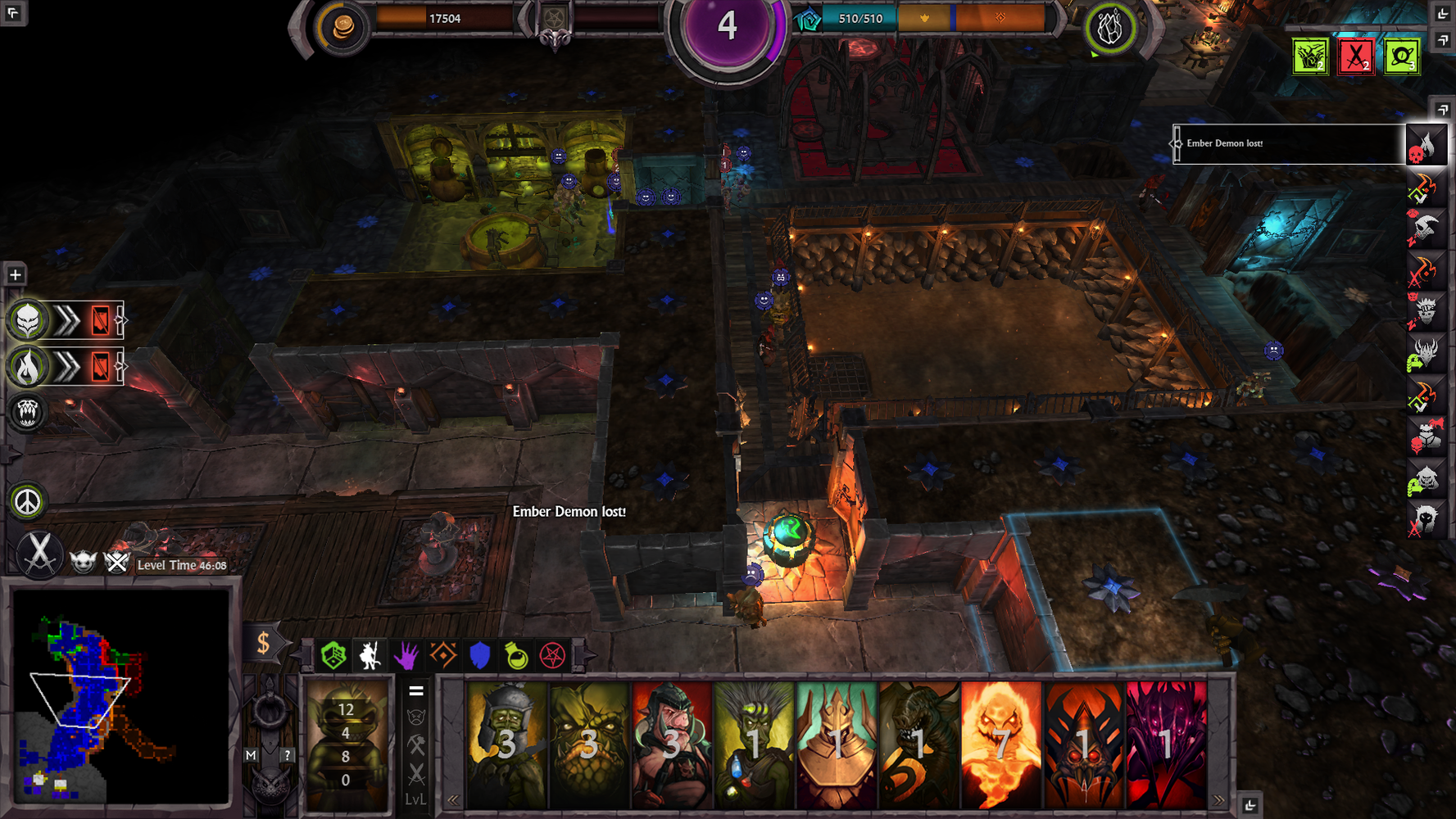 As you can see, I had beasts on both occasions, and they were not dead. This caused the beast symbol to no longer show me the beasts' health and stayed this way for the rest of the game. Admittedly, this was my third game in a row, but I had closed the game and relaunched it.

The map was Slaughterhouse-Five by rustamgm4x.

What is strange is how it occurred on a first game, rather than a second game. If you have a look at the map, you shall notice that it contains many defences and constructs.

Given that this occurred in both the crucible and a somewhat (albeit not very) demanding map, I think that this error occurs when the game has a lot to handle at once. It may be that the script just does not have time to render the graphics and just fails (I am not a programmer, that is just my guess).

I noticed, what I believed to be, a few other signs of script bloat (just presuming that this is akin to Skyrim). Firstly, when my titan died, it did not lose its rally sign straight away. Instead, it took a few seconds for it to show no health, and a few more for it to finally disappear. When using artefacts of sin, which granted three sins, I only received two messages rather than three. My only concern is that by the time this occurred, most pre-built defences had been destroyed, and I have seen many more maps which far more defences placed. Secondly, this occurred in survival mode, which suggests that even the basic functioning of crucible mode may be too much. This, of course, presumes that my theory is correct (which it probably is not).

0
Under Review
anonymous 6 years ago

You don't seem to be the only one suffering from this, I'll see if I can track down the source.

Unfortunately after reviewing this issue with the Code Team today this issue is not going to see a fix within the remaining development of WFTO. There's a number of reasons for this but primarily it's simply a matter of resources spent vs value of fix, we're not entirely sure as to the cause of this issue but one thing is sure; the issue is deeply ingrained and to resolve it would require considerable resources that unfortunately will not be available to us moving forwards compared to spending our resources on other higher priority issues or new features.

We didn't want to leave this in limbo so as such we're now going to close this ticket as not fixable.

We know it's not desirable for issues like these to remain in game and we want to always endeavor to ensure that player experience is the best it can be. But realistically there are some issues which we won't be able to address so we want to ensure that expectations from our community align with that.

Thanks for the report and I apologize that we will not be fixing this issue. Please feel free to get in touch if you have questions.