Three out of 11 Cultists become unresponsive to anything but enemies. They become stuck in the "Other" activity, cycling to and from "-", only ever attacking an enemy or heeding a rally banner otherwise. I couldn't make them work anywhere, nor they would ever tend to themselves, causing them to hunger, don't collect wages nor sleep. I guess it has something to do with the Shifting Bonds ritual I had to perform in order to complete the level. I have a hunch their scripting forced them to perform the ritual, but something blocked them from doing it. 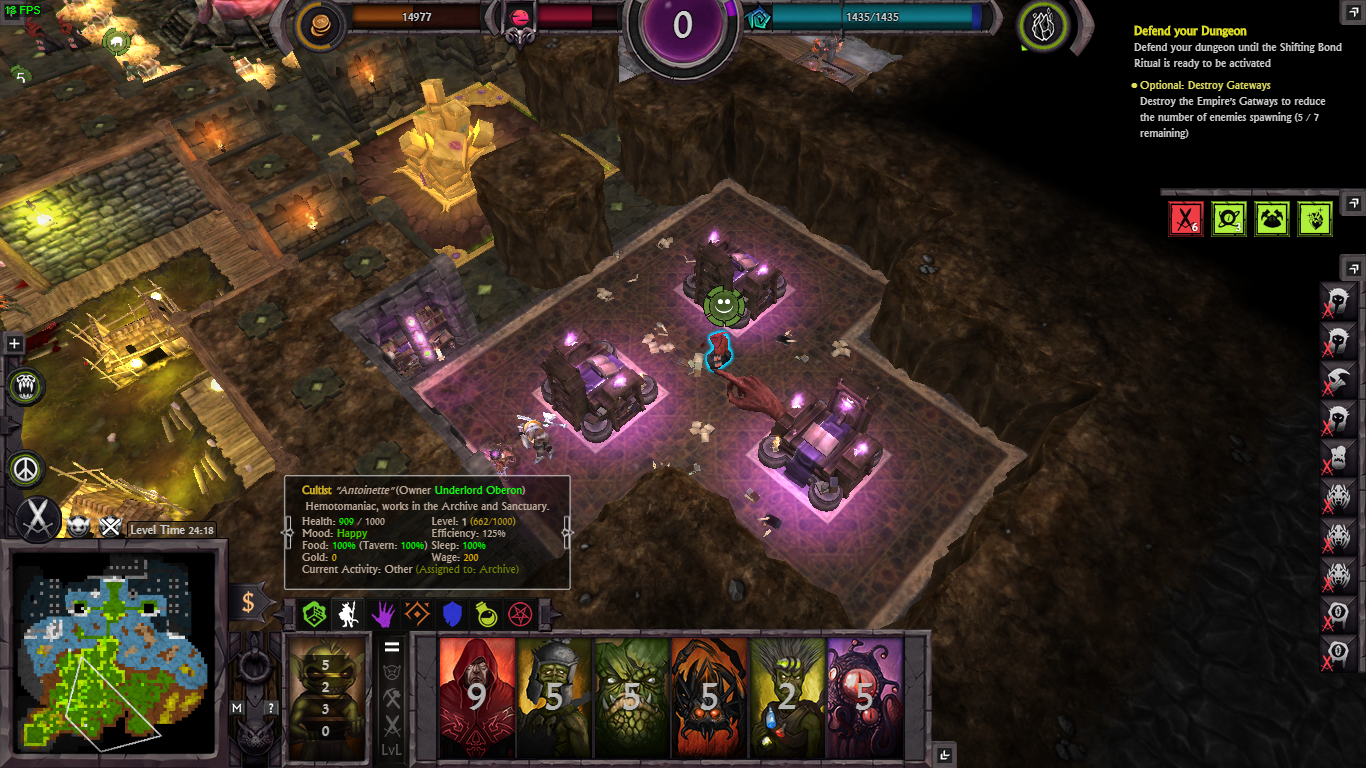 As there's an internal ticket I'll keep it here and mark as Pending Third Party (We don't have an appropriate status). Will review in time.

And the internal ticket got fixed meanwhile and should be patched :)