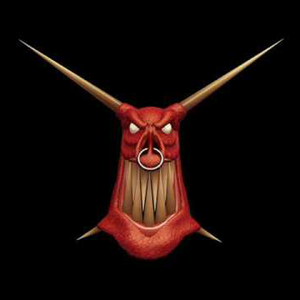 Freshly installed, can not start / launch the game

At first I didn't want to revive this topic as I got the problem solved but then I thought it might help you and the others who are having the same issue.

I upgraded my pc a couple of weeks ago and did a fresh install of both steam and WFTO to a new HDD. I also did a full format & couple of Chckdsk s to my old drive. It turns out that I had a lot of bad sectors in that drive and I came to believe that this was causing the issue.

I am so happy to be able to play the game again. The new map editor is charming. I thank all the team once more, as you did your best trying to help me. Who could have known it was those stupid bad sectors in the drive.

I wish you all a wonderful week.

Thank you, I'll try my best to try test these.

First of all thank you so much for helping me with this topic. I wouldn't dare to contact you nor Steam if I didn't bought the game. I've said it before and want to underline again; I am a fan of this game and this team since Bullfrog, Dungeon Keeper times. So I especially wanted to support developers by buying the game and I bought it the moment it was available, that's why I got "Early Adapter version" of the game which is a title I would like to keep and that's why I refused the option to refund. If I have been able to learn in time, I would also support you guys via Kickstarter. So you can rest assure that I own the game in legit ways and I can forward the bills if necessary.

That being said, I also let Steam know that you guys were having hard time reaching them yourselves and encouraged them to get in touch with you, that final answer from them came afterwards.

I have a highly customized windows setup; custom Appdata, Roaming and Local folder paths. I once duplicated my user folders and settings by mistake and reclaimed my original profile, may be that's causing some detection issues within the windows registry I don't know =(

Knowing that I'm a truly "Bad Luck Brian", I can believe that this happens to only one or two users out of tens of thousands... It's just my bad luck...

I'm really happy to hear about the DRM-free version, again I said it before, I would definitely prefer to buy a boxed version of the game if possible, honestly I just chose steam cause it was easier and the boxed version was not out yet. I'd happily do without Steam, especially after experiencing their support team. But after reading the link you provided, it seems that a lot of features are missing in that version by nature (multiplayer, DLC etc.)

So before trying that as a last resort, I would really appreciate if we could somehow fix this, just tell me what info or files you need and I'll do my best to cooperate.

Best regards to all,
Erke

Could you please check out what I wrote?

I see that this topic is declined . I don't know if it's ıpdated or moderators see this when I post a reply... Please confirm, since I wrote an update 4 days ago.

Hello, after months of communicating steam's support team, they decided that this is their final answer;

23 Message by Support Tech Jared on Wed, Aug 10 2016 13:49
Correct implementation of Steam DRM is up to the developer of this game. A game that has implemented this feature correctly should not automatically close when a problem is encountered.

Unfortunately, we can't work on a game that our teams didn't develop here at Valve. The only path to resolution is through the game's support team, and, with all likelihood from what you've described, their development team.
4 years ago
Freshly installed, can not start / launch the game

No, unfortunatelly they didn't. I was excited with the latest WFO update, since I saw a change in the loading screen, but the issue is still the same... But I gave up on playing this game myself, so yes you may close it if you like.

I do appreciate you trying to help. Unfortunately all the Windows users (accounts) have full access and control over the folders.

Below you can see the conversation between me and the support team representative, if you look at the days, you can see that I haven't received any replies from them since Apr 11.

Brightrock Games (War for the Overworld) says that this problem is not about their software but it's related to Steam and I should contact you.
I bought the early adapter's version of the mentioned game and I am not able to launch it for months now. I do not want a refund, I just want to be able to play.
I tried validating game cache, reinstalling the game, and steam client for several times now. The problem still persists.
I sent my log files to the official forums and the developers said that the logs show Steam DRM checks fail and that there's nothing they can do about it.

Here's the topic;
http://brightrockgames.userecho.com/topics/335-freshly-installed-can-not-start-launch-the-game/
I added the related log to the attachments.

Thank you for contacting Steam Support.

The War for the Overworld official support team will have the best solutions for technical issues related to their title.
Please follow the link below to this game’s support page on our help site and log in to your Steam account:

War for the Overworld
https://help.steampowered.com/#HelpWithGame/?appid=230190

If you’re not seeing the specific problem on this page, select “Gameplay or technical issue.” From there, look below the “Official Support” heading for a link to the game’s customer support website, contact email address, or support phone number.


To see if other users have posted a solution to your problem, follow the link below and search for the game by title:
http://steamcommunity.com/discussions/#games

The links I supplied proves that I already contacted the official support team.
They redirected me to you, saying this is a steam client related issue.

Please follow the instructions linked below to provide a diagnostic report for your system.

5 years ago
Freshly installed, can not start / launch the game

- There's nothing written in the Launch options. =(
- In the BETA tab, it says "NONE" and there no other option in the drop-down menu =(

- In the "Local files" tab, the current build shows as: 931892
- WFTO folder, Common folder and the Steamapps folder was marked with a square read-only icon, meaning some folders where read-only. So I tried to remove the square tick from the whole Steamapps folder and subfolders in it... it processes when I click apply... what when I check it again, the square comes back again... Could this be related to OS user folder ownership somehow?
- As for the two exe files in the main WFTO folder (WFTO.exe, WFTOGame.exe);
Both have "Always run as administrator" for all users, but none of them have any compatibility modes enabled for earlier Windows versions.

5 years ago
Freshly installed, can not start / launch the game

I was so excited when I saw Steam downloading a patch for the game 1.4, it installed but unfortunately I still have the issue. But what I noticed is that the game loading screen still says that it's 1.3

Also, is it normal for the game to ask for administrative permissions every time I try to launch? Hence the exe is already set to " always run as administrator".

By the way Steam Support finally asked for my msinfo 32 file... sent them 3 days ago, still waiting for an answer.