Occasionally, for no reason since i dont interact with those areas/rooms, random types of terrain shows up on a room and a few things tend to happen:
A)The room props are not disturbed by it, meaning that despite a wall is in the middle of the room and it should erase room props like randomly selling a tile, it just doesn't do anything. Holding the cursor over it identifies it as an actual wall/impenetrable rock

B)It appears on top of what was a room prop before and its solid to minions and in possesion mode, but holding the cursor over it doesnt produce a tooltip describing it as an Impenetrable Rock (as the image would suggest), instead the cursor ends up highlighting defense parts behind it, like it is transparent.

C)Areas from defeated Underlords on the Pet Dungeon, where rooms and walls used to be are replaced with normal earth tiles.

This is hard to replicate for me, and i had this problem weeks ago which i God modded to fix since the terrain that usually spawns usually is Impenetrable Rock. This image is from the recent one (B):

Feel free to also look into the underlords areas which are somehow earth right now, except the core, which renders as if it wasnt killed. 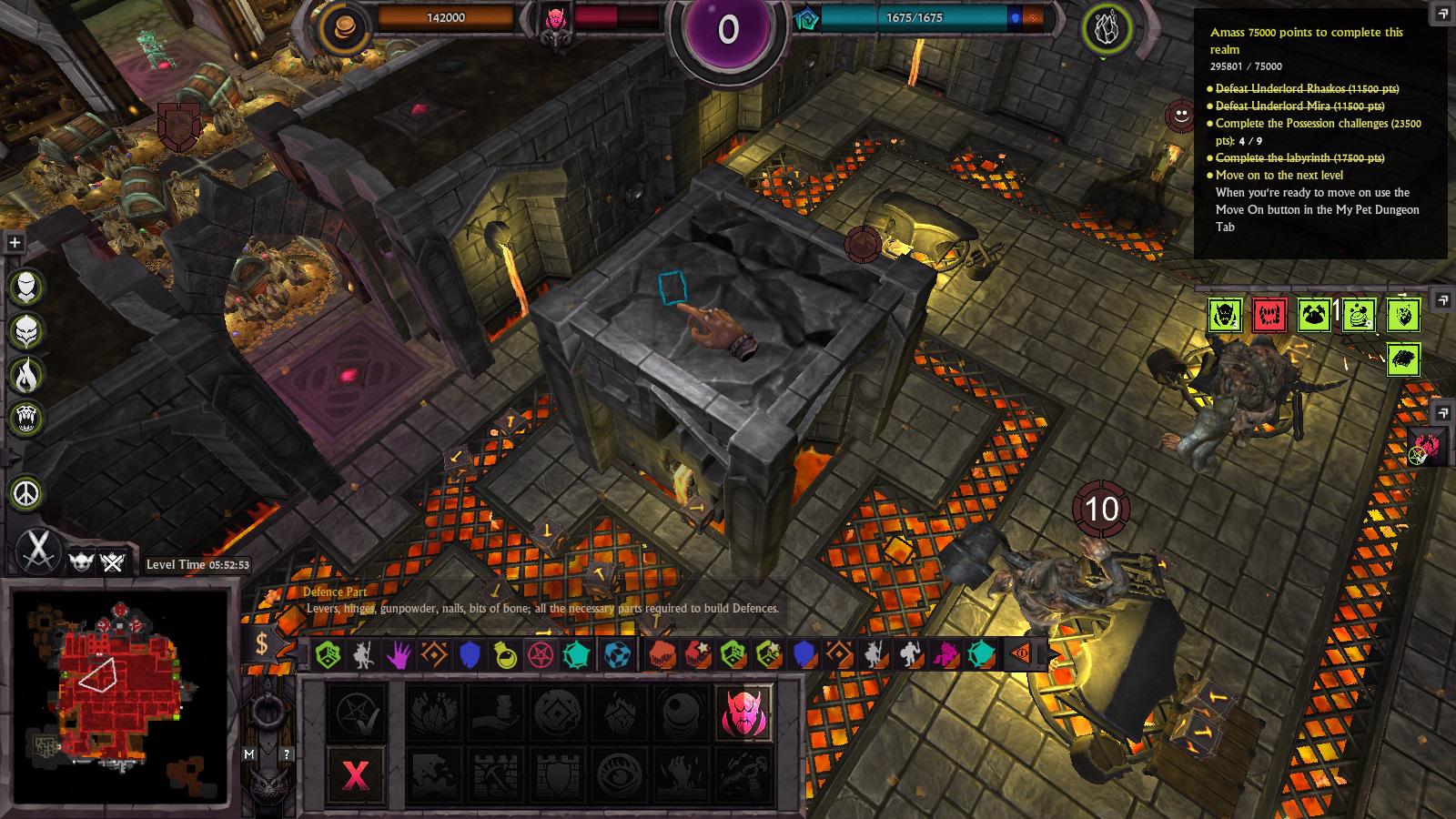 Does this happen on a level where you don't use godmode?

No so far. Have encountered other bugs but not like this one. I use the terrain manipulation often but i didnt use it on areas unrelated to testing. The Foundry and the Alchemy Lab (which i had the problem A) were left intact once i was done with them.

I dont recall saving immediately after shaping the terrain (as in, with dust particle effects and terrain falling still on screen), so i dont know how this actually happens since i was done with those areas (my dungeon proper and the enemy dungeon after i spawned minions on the core), or how to replicate it properly beyond trying again without God Mode in the future.

In that case, should i make a new bug report or post the continuation on the comments right here when i find something new or find a way to replicate it?

Post it here if you find a way to replicate it, or to update us that it's happened again(even if you don't have replication steps).

Until then we'll leave this ticket as Cannot Replicate but will continue to monitor and respond.