Level 8 of the campaign, Desecration, at the small crypt on the lower right side of the dungeon. Once entering that room, my units stopped responding to my rally flag. I could not pick them up and move them because of the level, so I possessed one of the necromancers, banded the others to me, and lead them out of the room. This got most of the units out and they began responding to the rally flag again. However, there were three ghouls who were all fighting each other, still in the room. They were all my units, so I'm not sure why they were fighting. They slowly followed the flag, fighting the entire time. I'm not sure if they eventually stopped fighting or if they died, as I did not see them fighting after about 10 minutes. I thought it was very unusual. 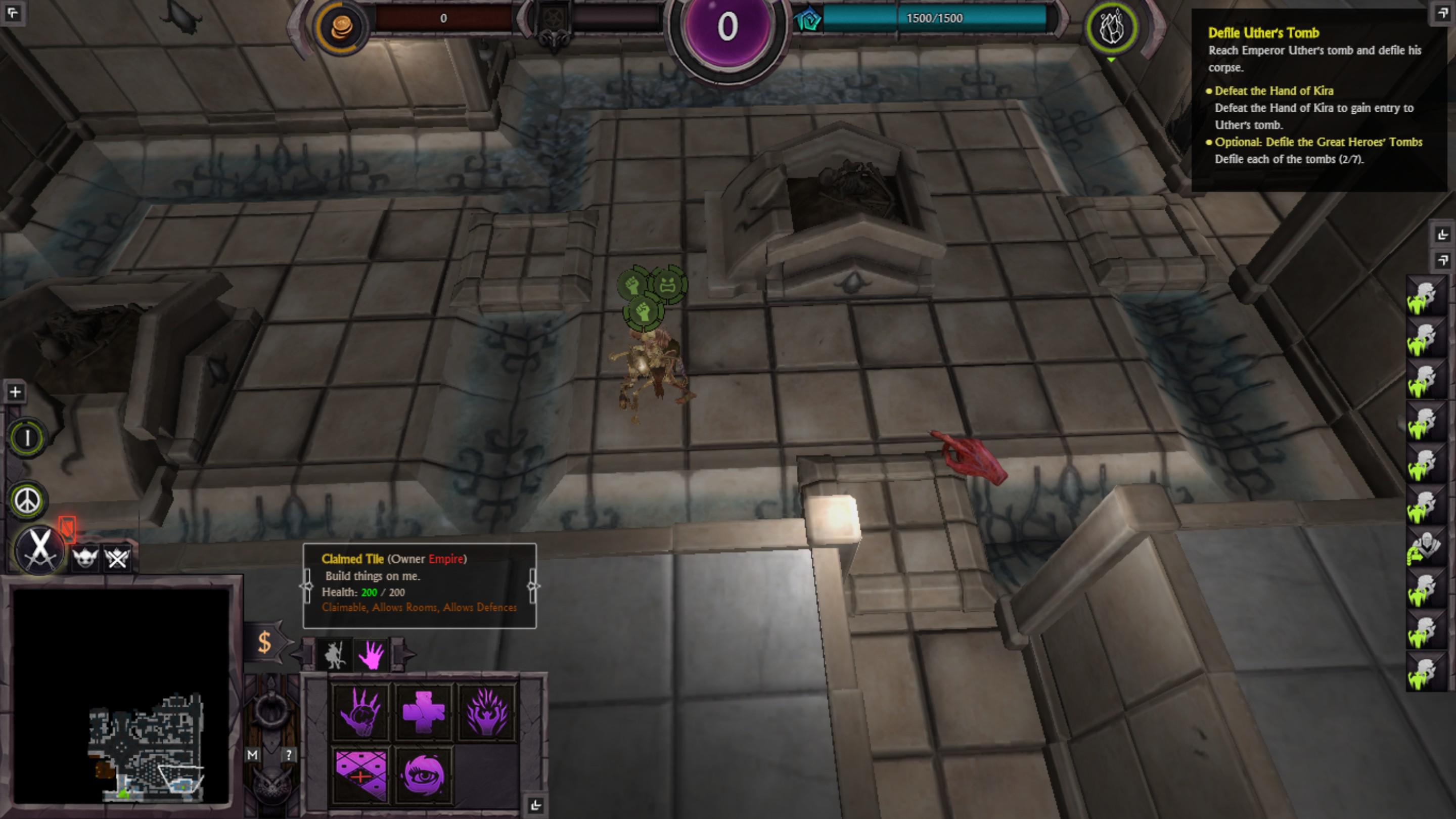 Sadly, I have never reported a bug in a game before so I did not know about output logs. I closed the game before obtaining one.

Thanks for the report! Don't fret about the lack of an output log, it's helpful but we can work around not having it. If you haven't played the game since this issue then it is possible that it will still be in the game directory; it might be worth having a look.

So it looks like you are experiencing multiple issue right now. First of all the units stopped responding to your rally flag, could you elaborate on this a bit, were they still following it and not attacking? Were they stuck in place and no longer moving?

The second issue is the Ghouls that are somehow rebelling (This happens when the unit cannot satisfy it's needs for an extended period of time). This is incredibly strange for two main reasons:

To have both this rules broken is quite incredible. What I think is happening is that something breaks horribly when you use possession mode due to the strange setup of the level. Since 1.6 players have been using possession much more since we improved it. I'll comb through the level scripts with one of the developers and see if we can narrow down where the scripts fall over.

Just as an aside your GPU is below minimum spec, so you may start to have performance issues in the later levels, you may be able to combat this by playing in a lower resolution.

Thanks for you response. Here is what happened:

I did also experience some lag when there was a large number of units on screen. I do not recall if I encountered that in the bottom right crypt room, but if my memory serves I do not think I encountered it except for the large rooms toward the end.

I hope that this information has been useful! If there is anything else I can add, please let me know!

And yes, I play with a very low resolution sadly. But all in all, the game is worth it to me! This is a really fun game and I appreciate all of your teams support and work!

Thanks for the incredibly detailed response Megan!

We are investigating this internally and you account of the issue will be incredibly helpful.

We're you able to complete this level? If not, press Scroll Lock and type "WinLevel" into the box that will open. This will let you pass the level if the bug prevents you from doing so.

I hope you enjoy the rest of the game bug free, if you have any other issues let us know and we will give you a hand.

I was able to pass the level, thank you! I will keep that in mind if I encounter issues in the future. Good luck with the bug testing. I feel like I have helped one of my favorite games, so I'm pretty happy about that!

You definitely have gotten the ball rolling ;)

Also having this issue, the units also do not seem to want to open the crypts to get more ghouls, in attempting to do so my entire fleet turned on eachother and I lost the level. The mechanics really need some work on this level I think

This ticket is extremely old and was previously resolved. I see you've raised a separate ticket so I'll respond there :)