Map editor... Made a level, worked out all the bugs. But theres an area where each player is supposed to cross a stone bridge over a chasm to get to a secret area with claimable shrines & gates. Problem is... When ever the computer crosses the bridge, it gets deleted or disappears. Where as the bridge on my side of the map gets claimed and acts just fine.

So after a few tries to watch them get to the bridge.. I found that the computer player is selling the stone bridge!!!! Why would it do that? You can't build bridges over chasms... So they effectively delete a key portion of the map from their control. 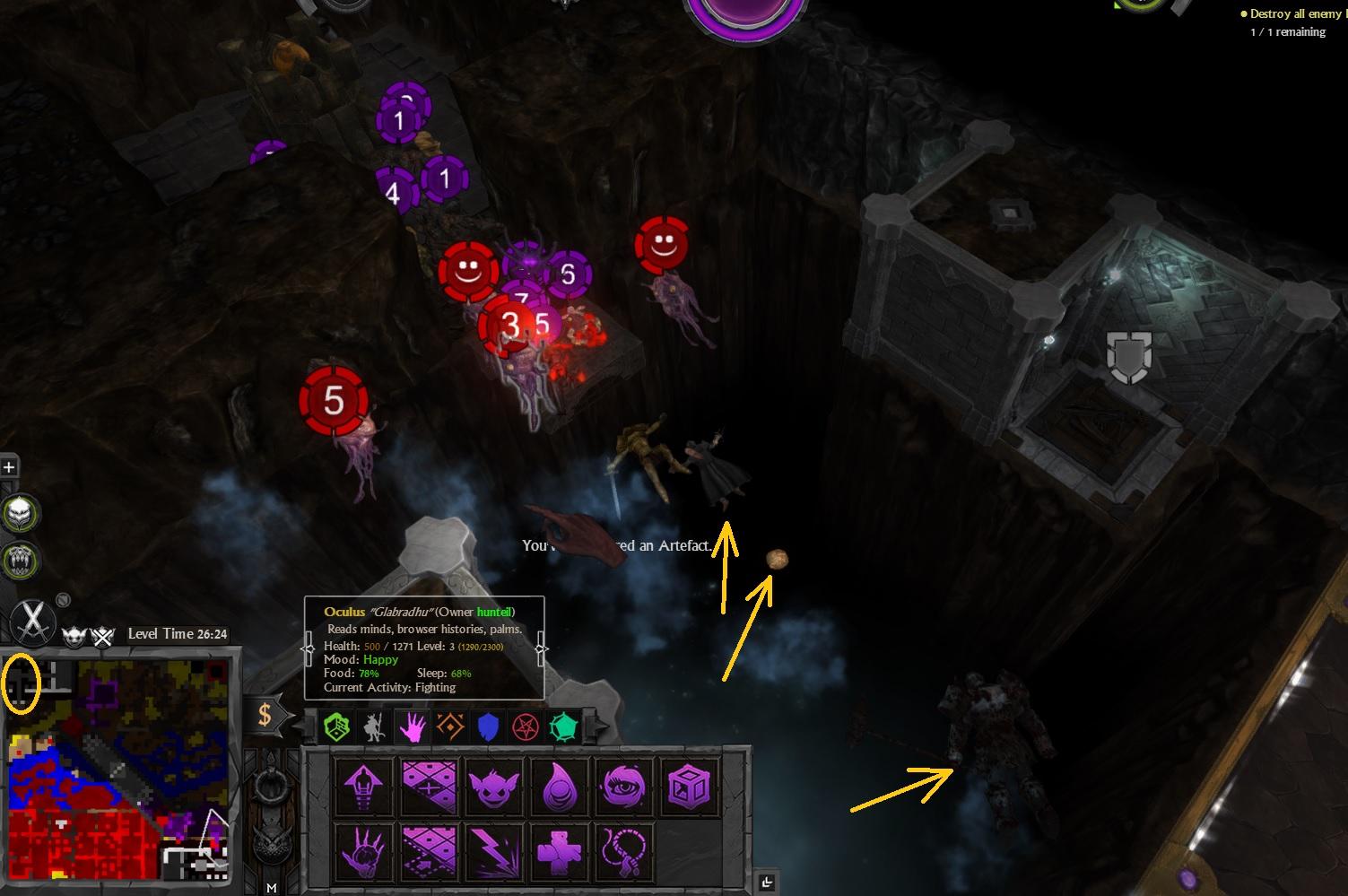 This maybe a separate issue or question... But is the computer players seriously afraid of crossing scared ground? This map has a scared ground in a bottle neck, which is the only way to reach the other player.

Best thing to do is use a Natural Bridge for this area which the AI cannot delete. This is what the Natural Bridge tile is designed/intended for, although I know it doesn't look as cool as a Stone Bridge over the chasm.

That being said, this sounds like intended behaviour so i'll make this as declined, but if you're still having issues and the AI is selling the natural bridges or something, let me know on here and I can re-open the ticket.

Oh... Than consider this requesting for a notation of this downside to the tool tips... Because the tooltip says you can build traps on them... So I used them because of this. But had no way of knowing that AI would just sell it...

can you provide a link to your map for us to check please?

Ok. I publically posted it so you guys can test it. http://steamcommunity.com/workshop/filedetails/?id=605333239

Just a heads up in case it's hard to find. It should be named Twist... But I was have having problem changing it to Twist from the name of Tester123.