In short, it is possible for me lock half of the greed technology tree (the middle one) if I disable the barracks/foundry and allow the archive to be pre-researched. Here are a couple of examples:

Example 1: The tavern is locked even though I have the sins therefor and it is clearly not unlocked already. 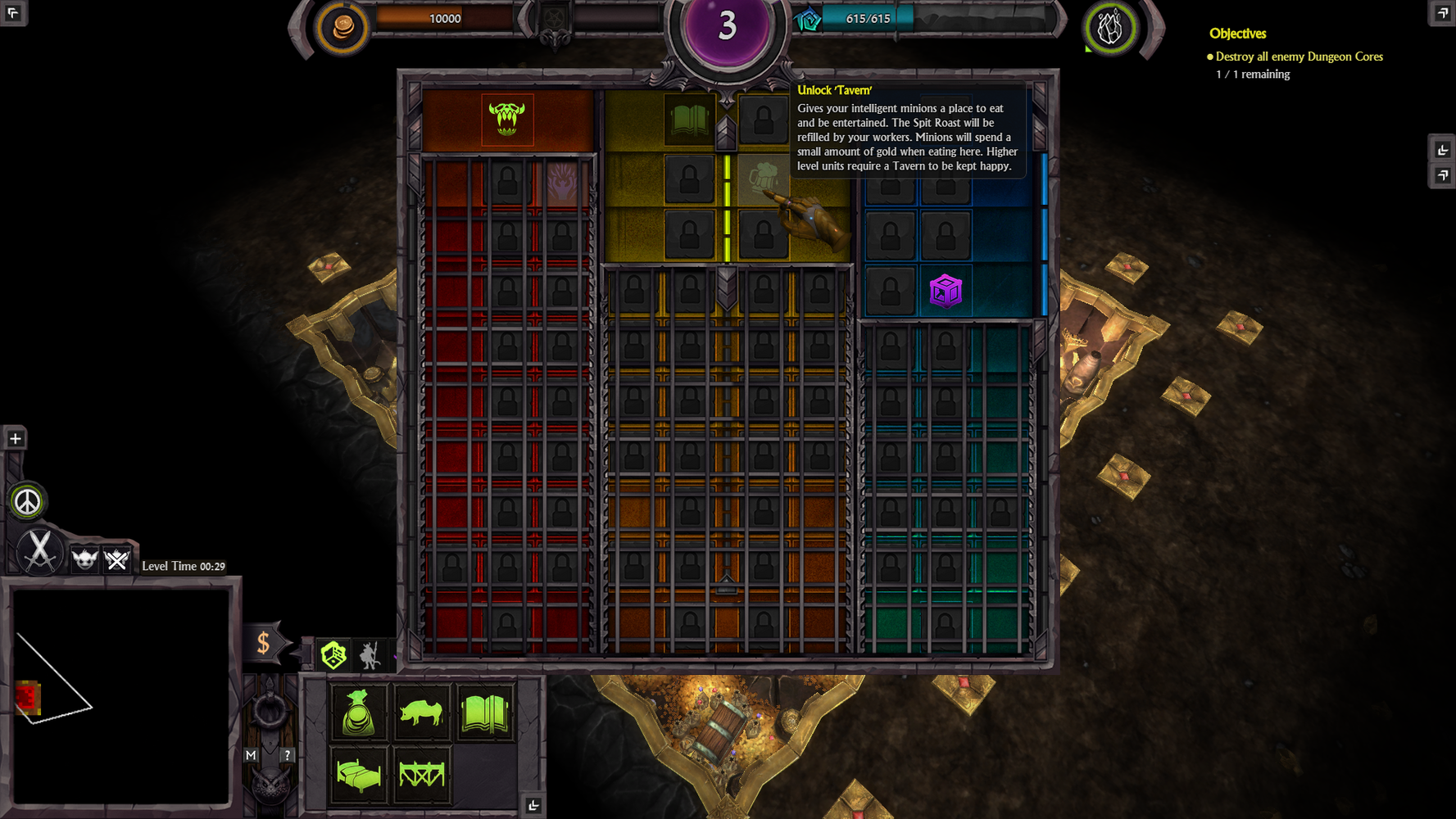 Example 2: This time, I can lock all the way down to shockwave/prison. I could have all the other aspects locked if I wanted. All of the aspects shown Should be researchable but because of the glitch, the game thinks that the bar is still at the archive. 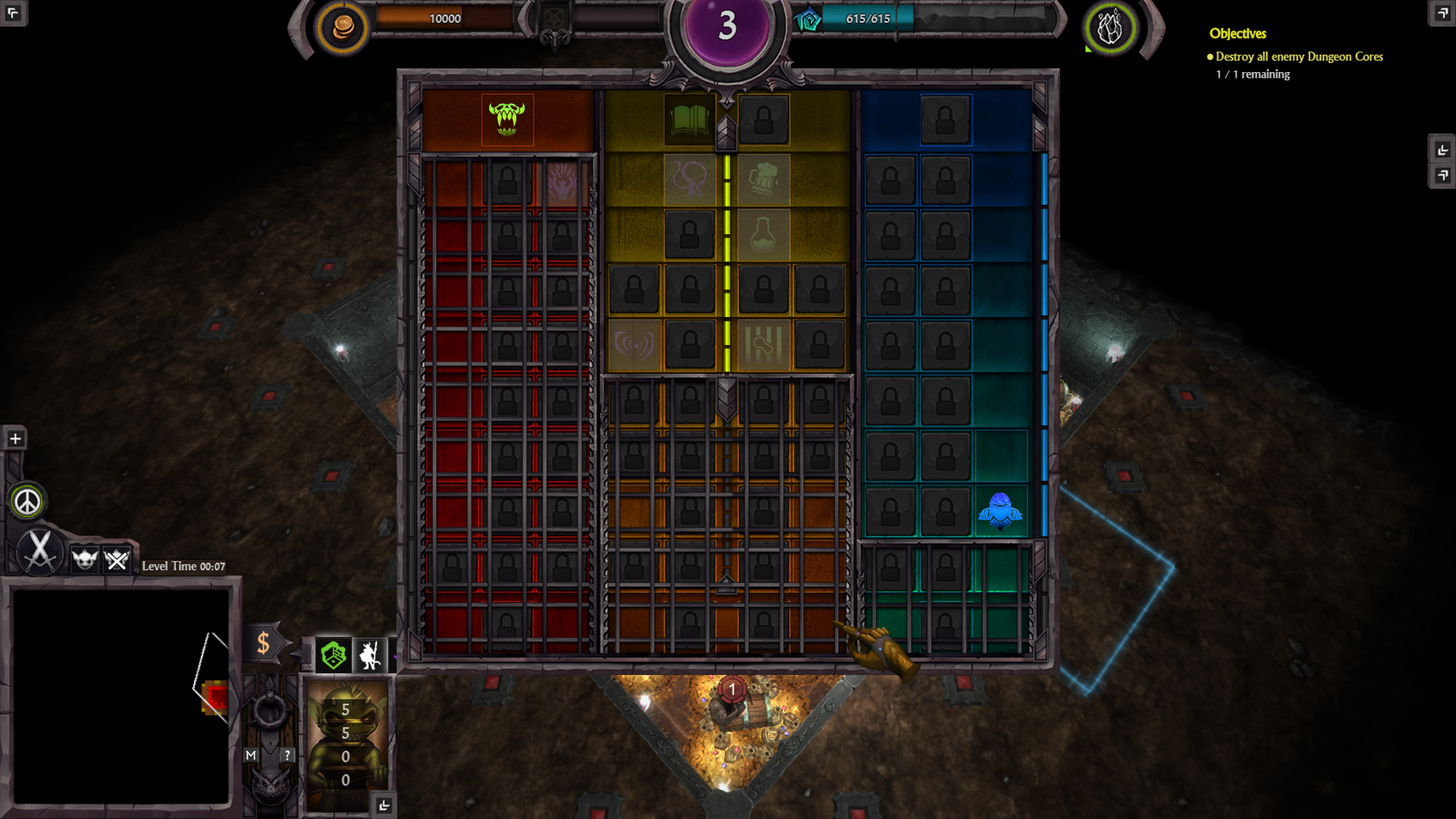 This glitch is caused, I believe, because the game thinks that the slider/research bar is still where the archive/barracks is. If the foundry is enabled, the bar is fixed and the game correctly places it.

Example: The bar is correctly above the tavern/obey, as it should be. 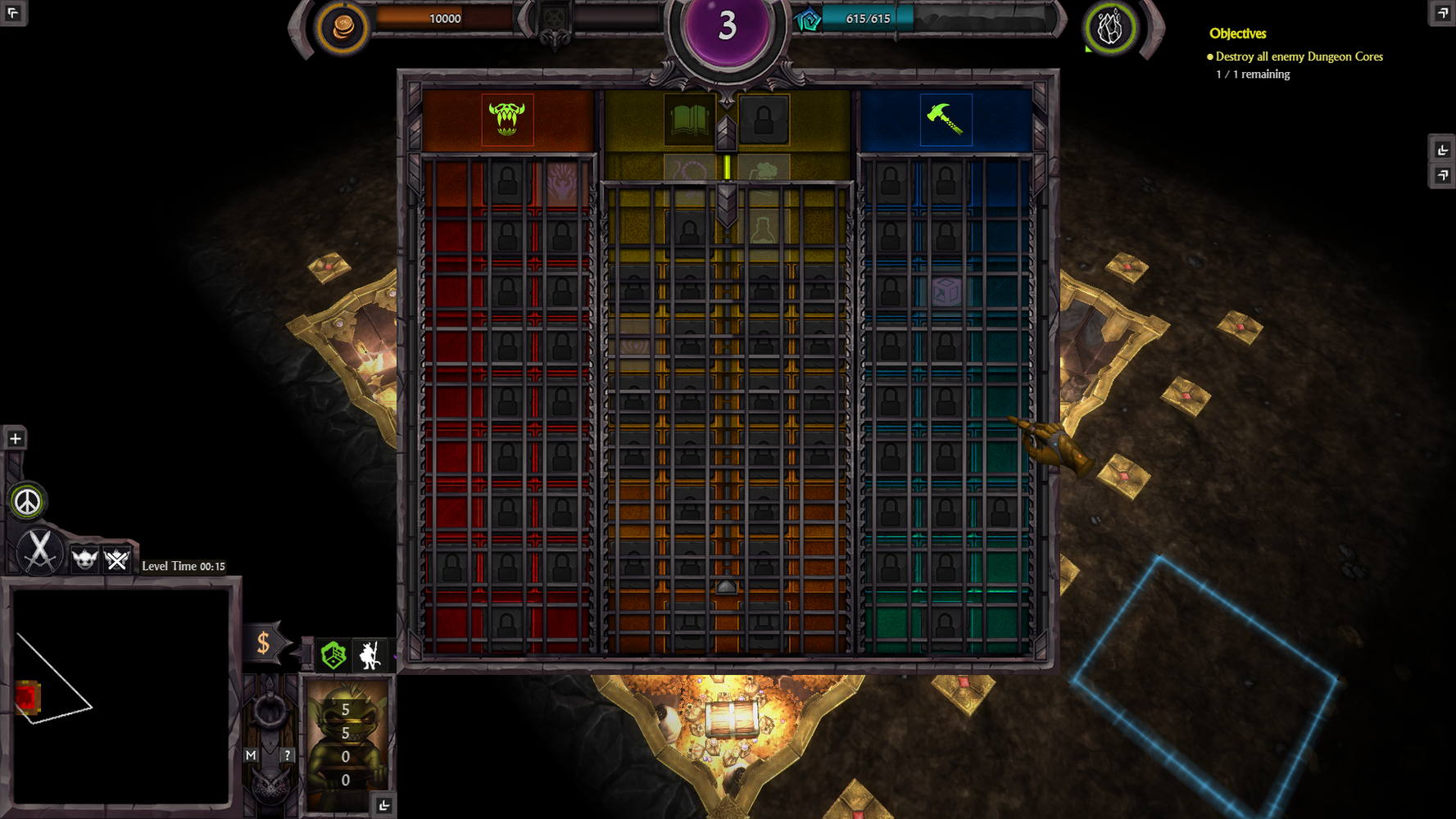 Now unlocking the foundry/beast den correctly unlocks the rest of the tree: 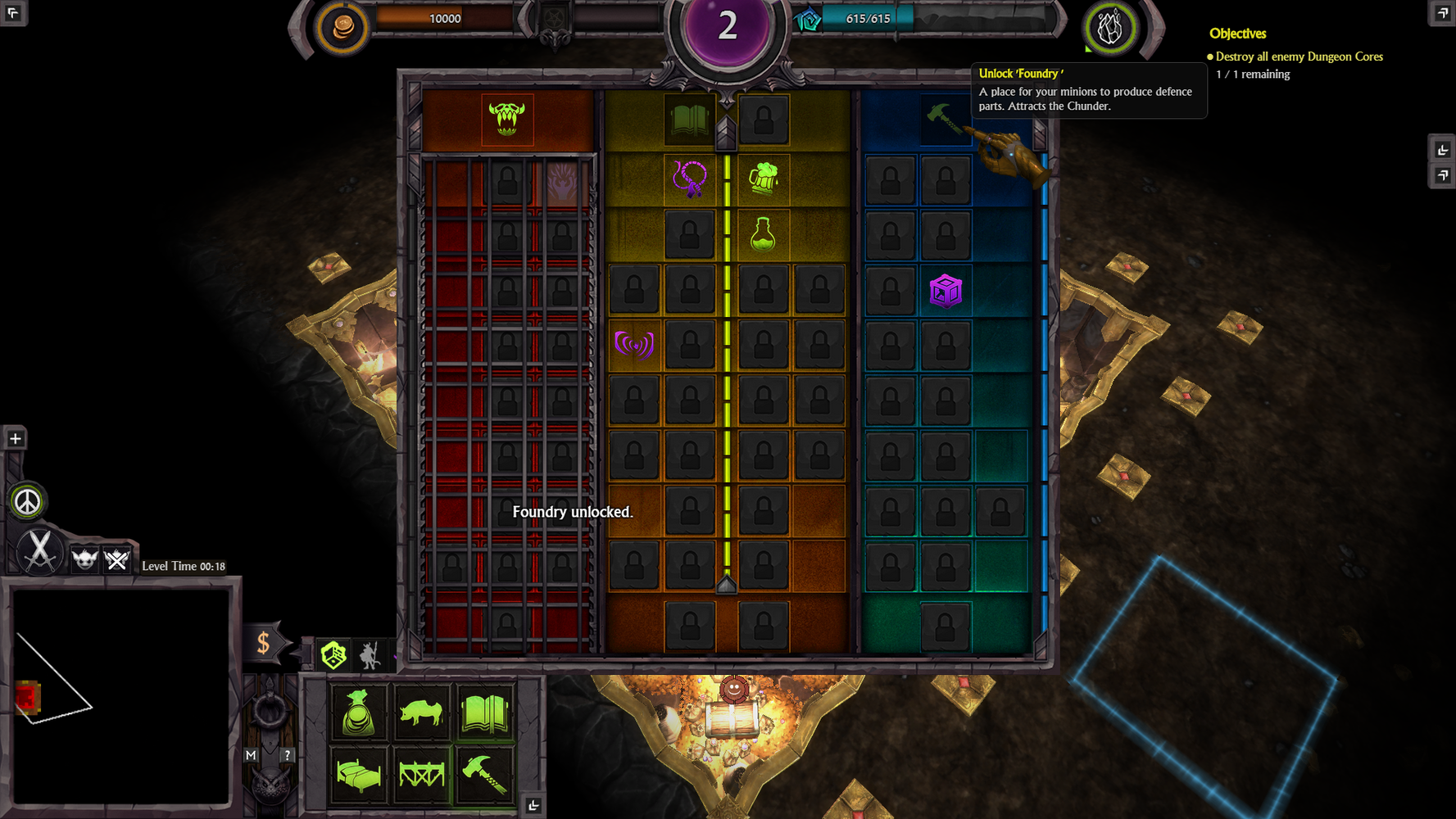 The glitch with the initial bar is fully dependent on how keep the initial research is. For instance, the earlier screenshot showed me using the sentinel. This brings the bar down to the avarice level and allows everything to be unlocked from there on.

Example: If I do not use the sentinel aspect, the obey spell is still locked but the shockwave/prison aspects are not because the bar was at the avarice level. 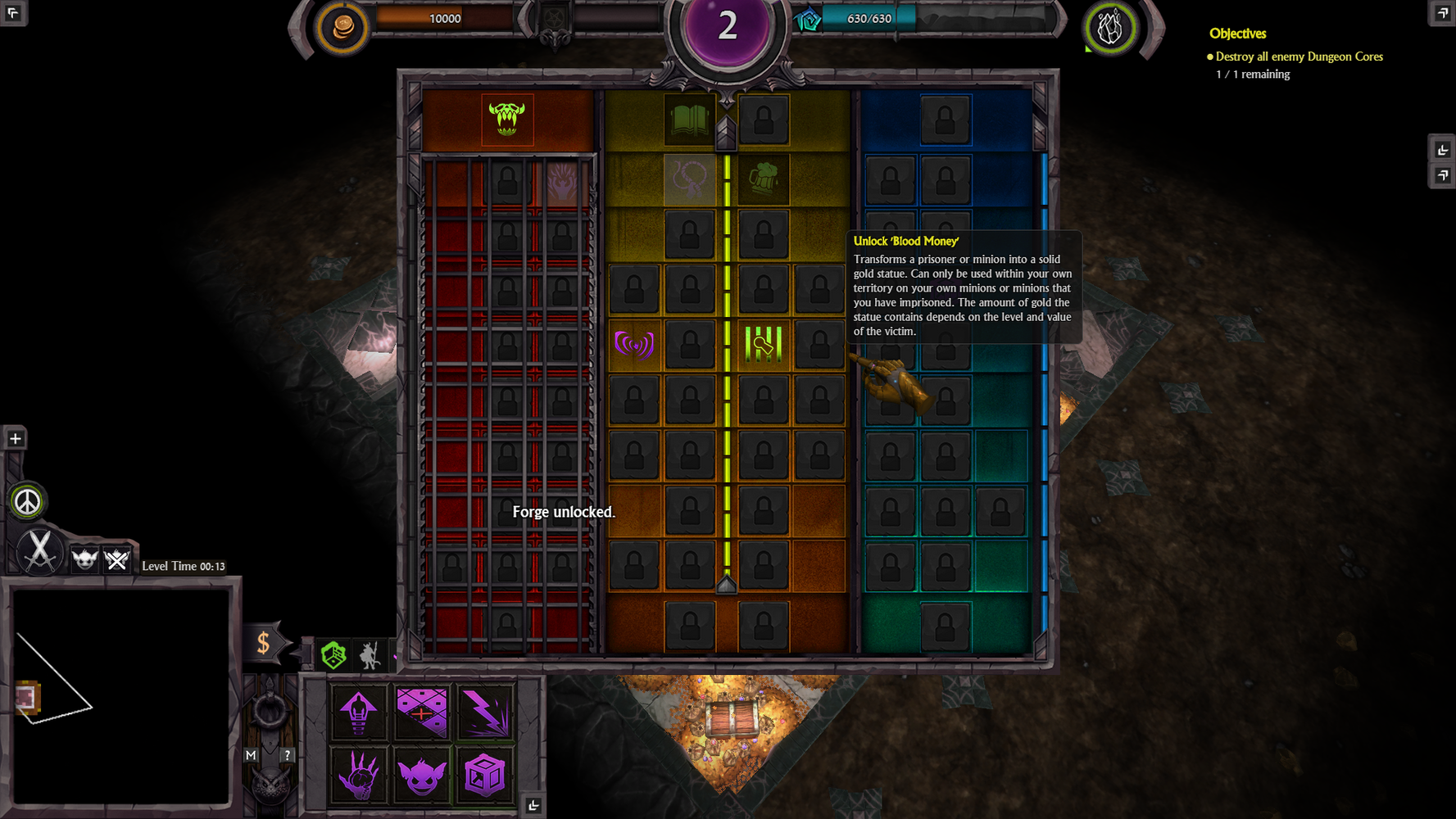 The bug is very easy to replicate:

1 - Use any map, whether it be custom made or official.

2 - Use mutators and disable every aspect. This is not essential, but it makes it a lot easier to see what exactly is going on.

5 - Enable either the forge spell or sentinel to be researchable. It does not have to be these, but these serve as good markers. The effect of these aspects is that it artificially moves the research bar down.

6 - Test the map. The greed aspects should be locked. If not, it may be necessary to disable the passive sin generation.

7 - Now apply the same mutators and this time have the foundry researchable. This time, the bar shall have been corrected.

I have tested and can confirm that this bug exists in multiplayer as well.

Tested it with him and by myselfe
Can confirm