While playing in a skirmish against a Master difficulty A.I., I found that it liked to send workers into my base to mine out walls at seemingly random.  In response, I put up some Warding Totems to keep them out.  However, because the Warding Totem seems to have a slow update speed, enemy workers could move to the edge of the Totem and be pushed onto my side, rather than being pushed away.  More often, high-level enemy workers would simply blink past the Totem altogether.  To try and counteract this, I put up an Augrum Wall in front of the Totem, which in theory, the workers would not be able to mine past, being pushed away from it by the Totem right behind it.  However, the results were...less than desired, as can be seen in the linked screenshot. 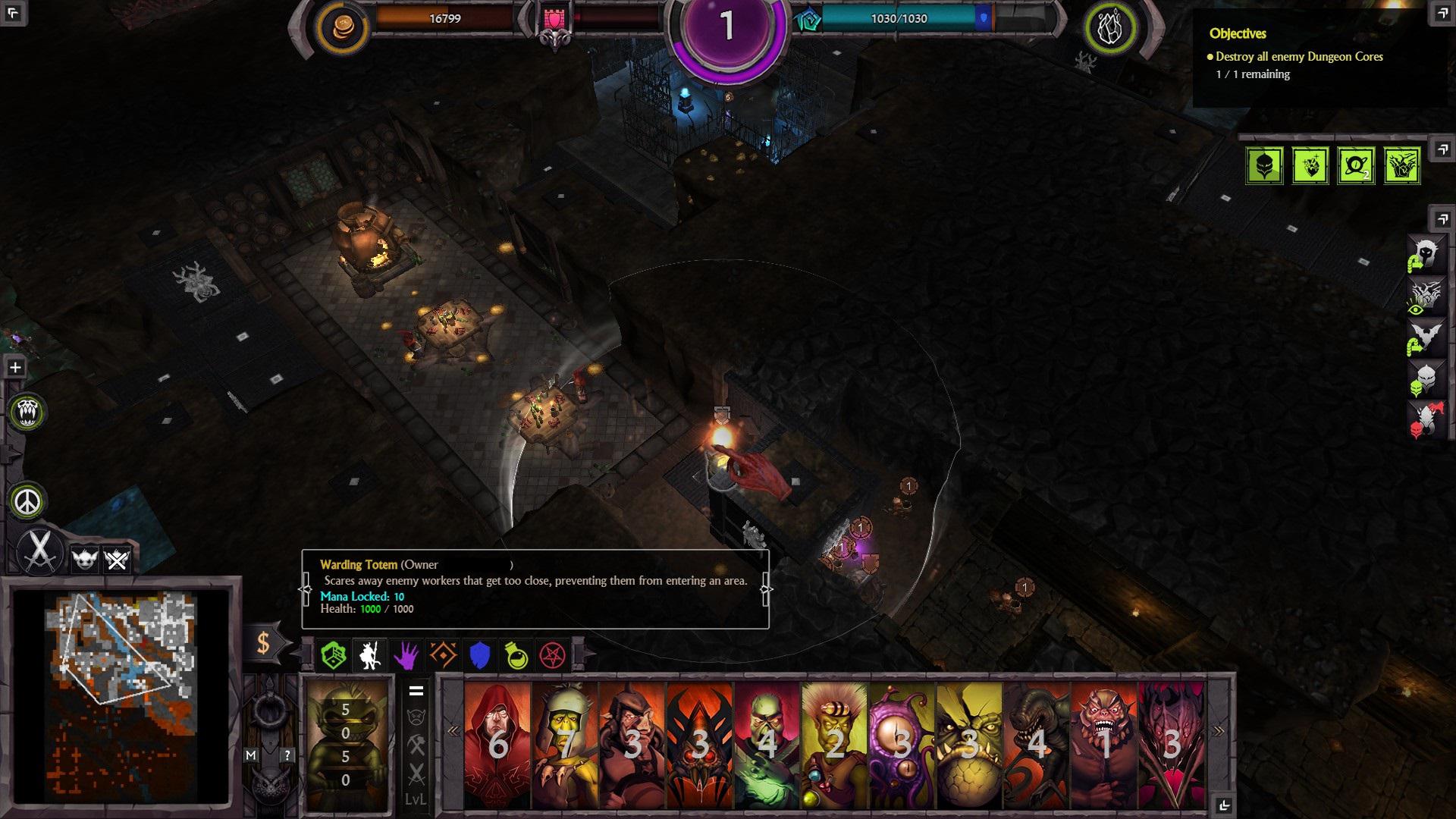 Not only did they manage to mine at the Wall with no problem, but managed to erect an Underminer within the bounds of the Totem's effect.  The bug in question, therefore, is that the Warding Totem does not seem to ward as it should.

That seems strange, could I get the save file from a match where this is happening

You can!  Here's a save that was taken at about the same time as that screenshot.

Unfortunately I also need the .meta file that should be in the saves folder next to the file that you've sent. Without it the game cannot open the save.

Thanks for the report, we will see what can be done to prevent this. We may not change it as the result would be walls that could never be breached as workers could never reach them. The designer will have to make a call on this.