1 - The mana shrine gives two different descriptions of spell reduction when hovering over it.

Below is the amount it should show, as far as I am aware. This is when you hover over the MIDDLE of the shrine (the trees). 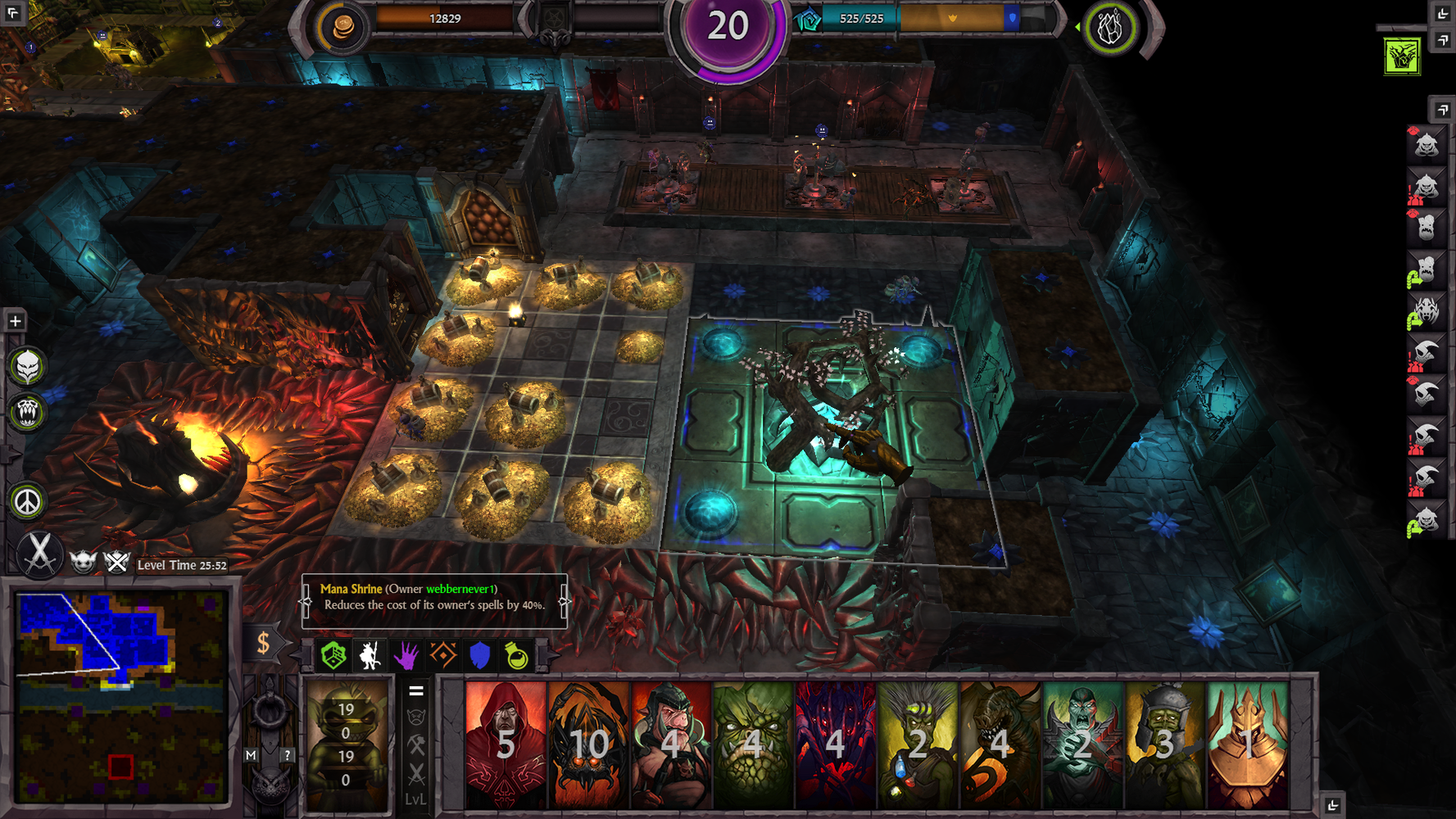 However, if you hover over the OUTSIDE part of the shrine, you receive a message stating that spells are reduced by 50%. 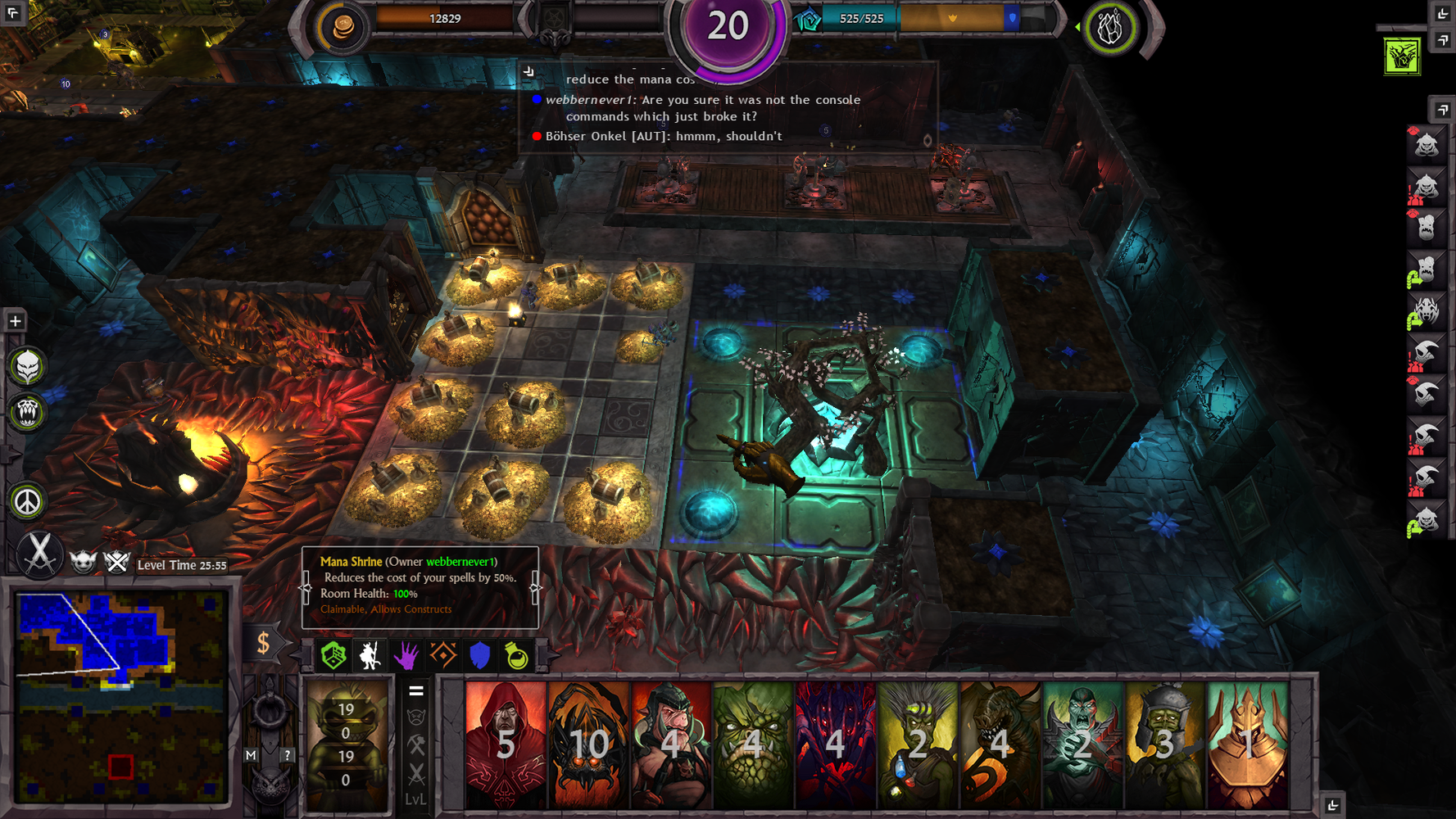 2 - Which brings me on to the second point. Spells for some reason are reduced by 50% by a mana shrine rather than 40% or, at least, it was in this game. As may be seen below, lightning is 50 rather than 60 mana. Please note that Bohser used console commands which may have been the exclusive cause of the glitch. 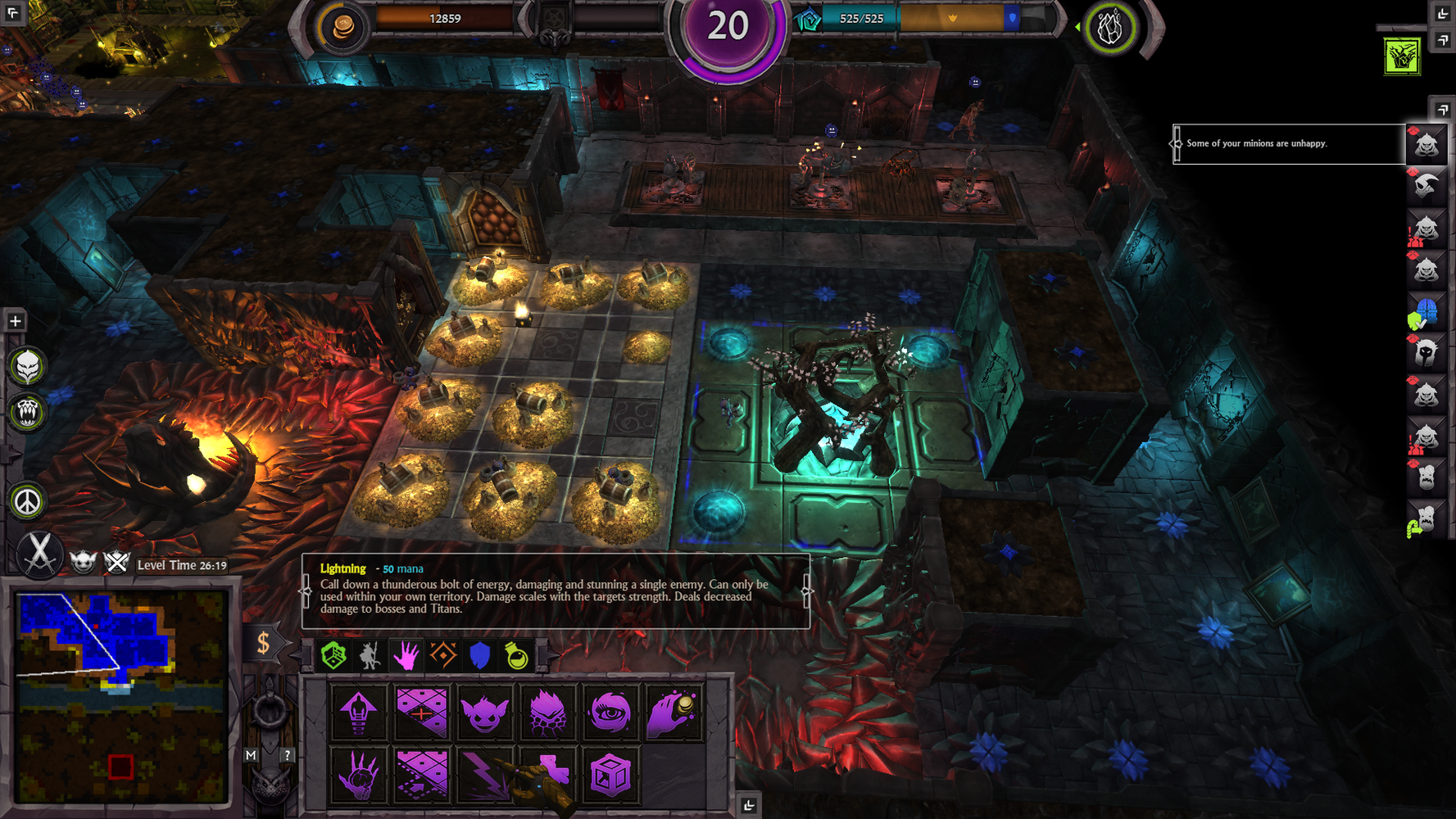 A similar problem was posted five months ago:

However, not only are These issues still present but this ticket refers to hovering over different sections of the mana shrine rather than the tooltip. This is easy to replicate and I believe that it occurs in single-player too.

Thanks for the comprehensive report. Essentially what is happening here is that there are two separate translation references for Mana Shrines (And many rooms) one for the tiles that make up the room and one for the prop that is created in it. I suspect these simply have different values on the tooltip and that causes the result shown.